Matthew CobbPosted on February 11, 2015 Posted in Ancient World No Comments 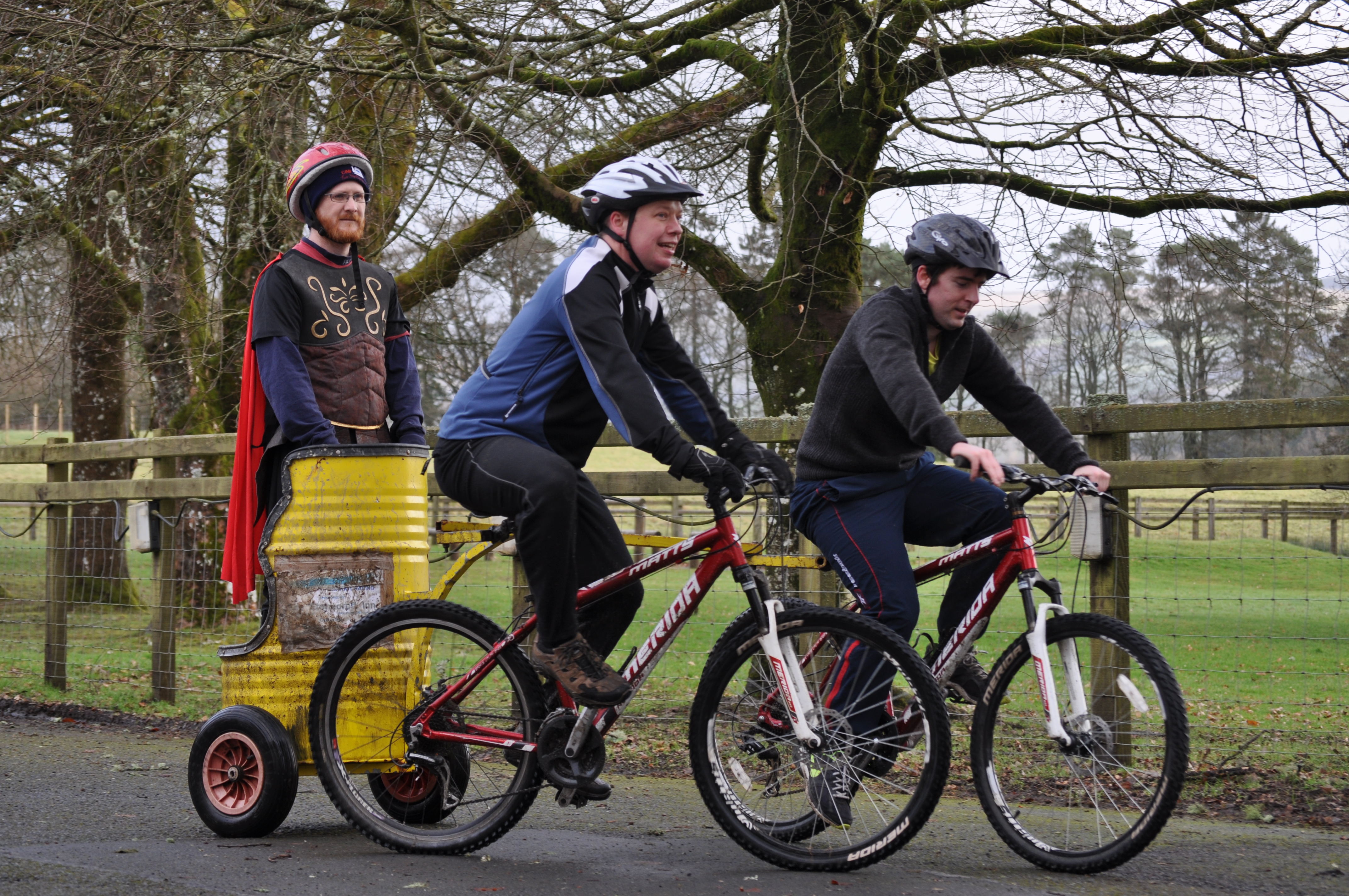 With the Christmas period over and 2015 having begun, one is easily left with a certain remorse about the decadent eating habits of the previous few weeks: was it necessary to have quite so many mince pies? (probably yes). But the New Year brings in a sense of purposefulness and ambition, as well as a new exercise regime. Therefore, what better way to inaugurate this than with a Roman style chariot race! For the last several years the World MTB Chariot Racing Championships has been taking place at Llanwrtyd Wells. This event open to all, involves two “riders” (the horses being substituted by pedal power) and a drive in the chariot. This year over 21 teams took part, including a team of lecturers from the School of Classics (Kyle, Matt, with the aid of Duncan) and also a team of Classics students (Gemma, Tim, and Sam). The race was tiring but great fun and the atmosphere very friendly. We would definitely recommend signing up for next year’s event!

Chariot Racing. Two words. All it took was two words to drag five students out of bed at 8am on a Saturday morning (you would have thought it would take more bribery!). After being told about the World MTB Chariot Racing Championships the day before by Dr Kyle Erickson of the Classics Department, I took it upon myself to try and find a team to compete with them in the competition. Knowing immediately who I would ask, it took barely any convincing to get them to agree! So by 7pm we had a team, Tim, Sam and myself; we were the mighty Flaming Icicles, a very new (and untrained) Chariot racing team! Having not ridden a bike in around 8 years, it was safe to say I was nervous! However the boys said I could ride in the back and be the Charioteer (which I must confess was rather fun!) After a quick change around, it was decided that instead I would be one of the steeds, as it worked better that way. After a trial run (which went rather well for our first attempt) we were somewhat ready for the tournament, and although we lost in the end it was an amazing experience and I am sure we will compete again, (though maybe with some training this time!). I highly recommend attending next year, even if you do not wish to compete, as it is a fantastic day out for all the family!

Here are some photos from the event: