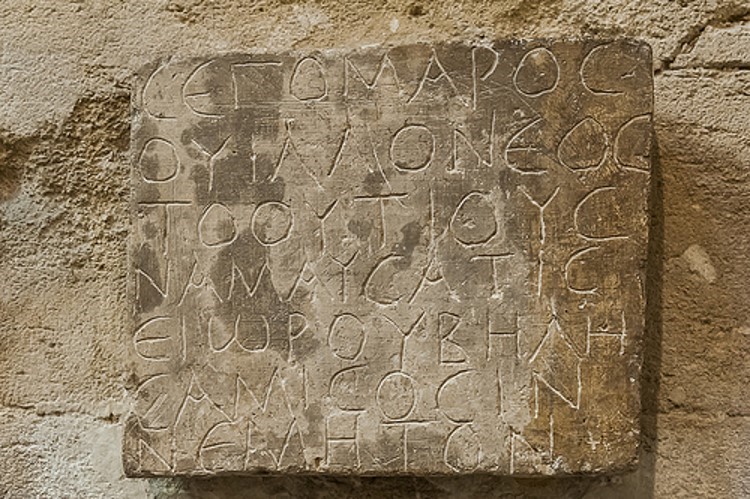 Celtic religions in antiquity is a lively area of research at UWTSD. The latest article by UWTSD Classics Senior Lecturer Dr Ralph Häußler presents his work on the Voconces, a Celtic people in Gaul.

This publication represents the results of four years of research on the Voconces – a Celtic people that inhabited the mountainous regions of southern Gaul, east of the Rhone Valley. Ralph Häußler’s contribution focuses on the religious aspects. Specifically, Dr Häußler writes on efforts to understand the sacred space and the cult practices of the Romano-Celtic city of Vasio (modern-day Vaison-la-Romaine). The paper also discusses the relationship of the cult places in Vasio and its territory, focussing on the period between the late Iron Age and the Roman Empire (2nd c. BC – 2nd c. AD).

Of particular interest is an inscription in a Celtic language, but written in Greek letters, dating to c.50 BC, some 70 years after the Roman conquest, which refers to a ‘nemeton’ dedicated to the goddess Belesama. ‘Nemeton’ is a Celtic word for sanctuary.This Celtic terminology and epigraphy disappeared completely within the next two generations.

Does this mean that the Roman Minerva took the place of the Celtic Belesama? To answer this and other questions, Dr Häußler scrutinised all available archaeological and epigraphical evidence in order to understand how people’s religious understandings were developing around Vasio and how new Romano-Celtic syncretisms were shaped, building on native cognitions. Religious syncretism in antiquity is the ‘blending’ of beliefs and cults between different cultures.