Trump for Historians: Reflections on Teaching US History in Election Season 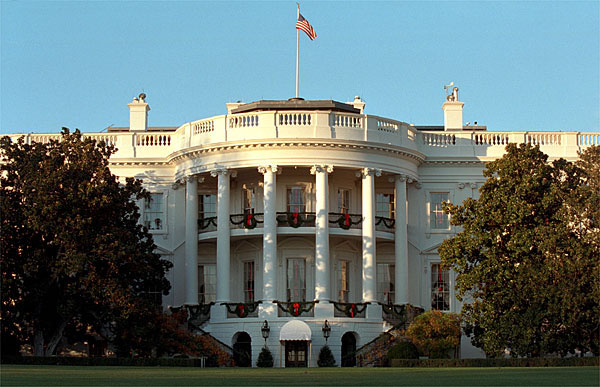 This week’s blog is by Dr Alexander Scott, Lecturer in Modern History at UWTSD Lampeter. Journalists, bloggers and political scientists have produced countless words trying to explain the unexpected result of November’s US presidential election. And just as commentators have struggled to make sense of Donald Trump’s ascension to the White House, his victory poses interpretive challenges for historians. Where does a Trump presidency fit into existing narratives of US history? Are there precedents for Trump’s success or does it mark a new departure for American politics? What social, economic and cultural trends underpinned Trump’s victory and how longstanding are they?

Such questions have had particular immediacy to me. During Autumn Term, I taught my Level 5 module ‘Introduction to American History: From Columbus to the Present Day.’ This afforded plenty of opportunities to reflect on Trump’s triumph, and to consider the election result in relation to themes and topics covered in my lectures (issues of race, class and gender, US foreign policy, American national identity and suchlike). I deliberately scheduled the module to coincide with the election, hoping its topicality would generate extra interest amongst students. I was not disappointed. Lectures frequently produced lively, engaged debates and discussions, helping cast new light on my own understanding of American history.

Besides the usual module syllabus, in November I also delivered two special lectures which directly addressed the presidential election. The first, entitled ‘“Remember the Ladies”: Women and the US Presidency,’ compared Hillary Clinton to female political figures throughout US history. These included Abigail Adams and other First Ladies, plus Victoria Woodhull, the first woman to stand for the presidency in 1872. Preparing the lectures, an unexpected parallel emerged between Woodhull’s candidacy and the 2016 race. Woodhull’s campaign was embroiled in scandal after publishing accusations of sexual misconduct involving, of all things, a wealthy businessman and a New York hotel.

Another theme of the lecture ended up resonating with November’s election’s outcome. The lecture touched on the ‘enthusiasm gap’ surrounding the Clinton campaign, and its lukewarm support amongst Third- and Fourth-Wave Feminists. As a measure of this, the lecture cited estimates that Clinton actually polled fewer votes when winning the 2016 primaries than she had in her defeated 2008 bid for the Democratic nomination. Such inability to enthuse voters cost Clinton at the ballots in several key states (even if, for all her unpopularity, she still defeated Trump on the popular vote).

My follow-up lecture ‘November Spawned a Monster: The US Presidency and the Politics of Celebrity’ elaborated on a set of connected themes. It examined the brand of masculinity embodied by presidents such as Andrew Jackson, Theodore Roosevelt and Ronald Reagan, while also exploring the role that media have played in presidential races – something which has a very long (and undistinguished) history. For example, in 1828 Jackson defeated John Quincy Adams in an election characterised by mudslinging tactics even dirtier than the Trump–Clinton race. Campaign teams used print media to circulate stories that Jackson was guilty of slave-trading, adultery and murder. For his part, Adams faced accusations that he once acted as a pimp to the Russian Tsar!

The lecture also drew attention to celebrities who, like Trump, made threatened-or-realised bids for the presidency. These included the newspaper mogul William Randolph Hearst, automobile tycoon Henry Ford and aviator Charles Lindbergh. Here, mention of Hearst and Lindbergh’s involvement in the America First Committee (a pressure group that obstructed US entry into World War Two) foreshadowed another aspect of the 2016 campaign. It bore echoes to the type of isolationist rhetoric adopted by President Elect Trump.

Running my module concurrent to the presidential campaign came with its own problems, though. Embarking on my lectures in early October, there was no certainty about how the election would turn out. Planning for the final weeks of the module thus remained open-ended; victory for Clinton and the Democrats would have made a starkly different denouement than what ultimately transpired. Tricky as these issues were, they also proved useful to ‘think with.’ Deliberating how to ‘conclude’ the module offered a salutary reminder that – contra Francis Fukuyama – history does not ‘end,’ and that all interpretations remain provisional at best.

Actually, sentiments such as these have been identified as a contributor to the Republicans’ electoral success. Historians and other academics, it has been alleged, helped create intellectual legitimacy for Trump’s ‘post-truth’ politics. Commentators have equated Trump’s gung-ho attitude towards ‘truth’ and ‘facts’ to how postmodernists have relativized these concepts in recent decades. As someone who broadly ascribes to the tenets of postmodernism, and who incorporates them into my teaching and scholarship, this verdict comes as an unsettling surprise.

How to explain Trump’s victory? Turns out it was my fault!