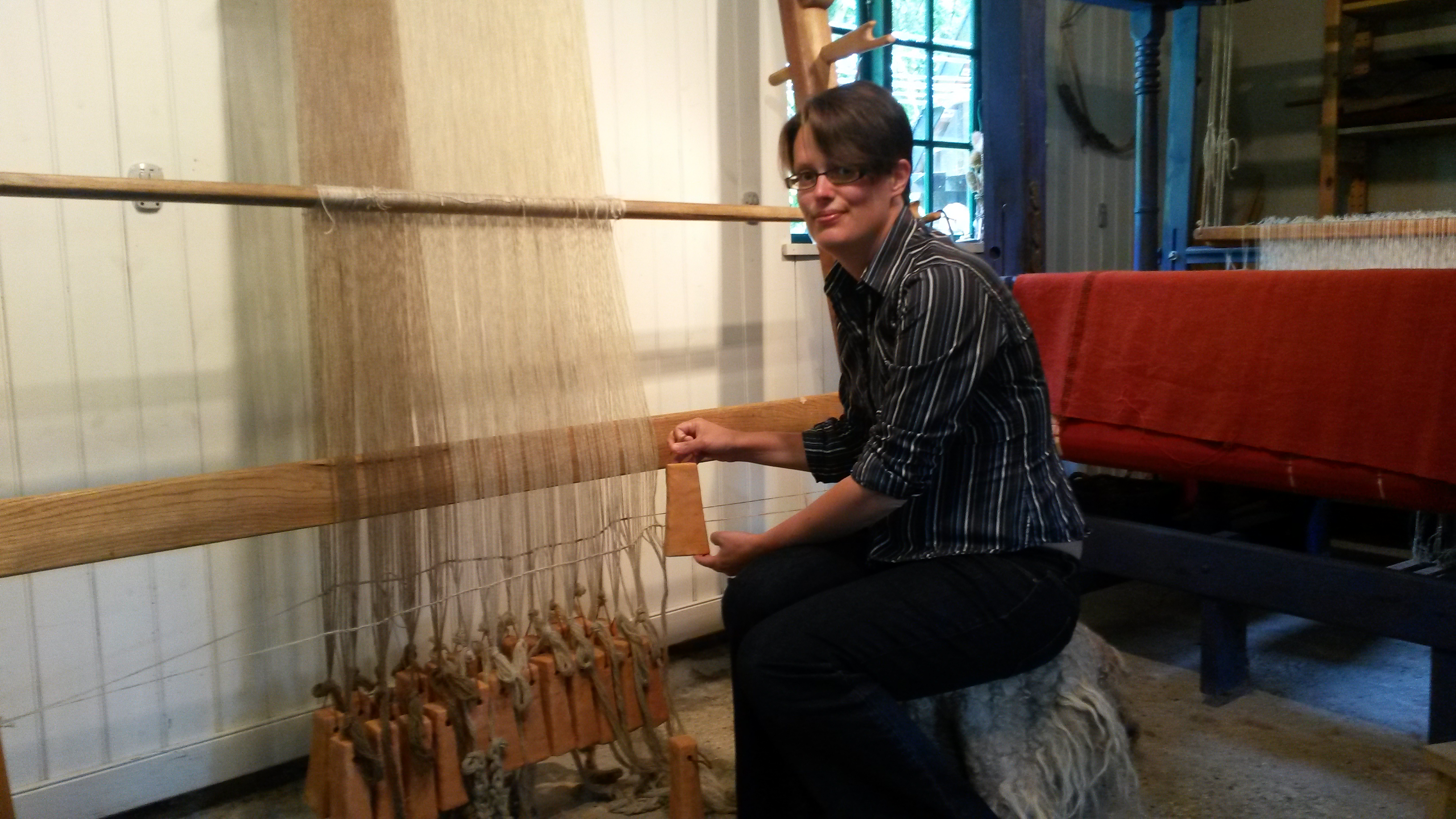 All seven lecturers in the School of Classics at the University of Wales Trinity Saint David are research active and, come the Christmas and Summer vacations, are often to be found in museums and libraries, and on archaeological sites around the world, beavering away on research for conference papers, articles, and books.  Sometimes, though, this research takes a more active turn.  Dr Magdalena Ohrman has been spending time at the Centre for Textiles Research in Copenhagen, researching ancient Roman textiles…

‘Summer greetings from Copenhagen! Over the last few weeks, I have been visiting the Centre for Textile Research to prepare my research project Textile Reflections, exploring how Latin texts describing textile making mirror ancient work processes.  At CTR, I’ve enjoyed discussions with colleagues working on all aspects of textile research, from excavation of tools such as spindle whorls and looms to conservation of remnants of ancient textiles (there are many more than one would think!), to experimental archaeology and reconstructions.

Sagnlandet Lejre: The Land of Legends near Roskilde should go on the to-visit list for all interested in re-enactment of prehistorical and historical periods for its offer to sample the life of times gone by, but beyond the open air museum, Sagnelandet is also an important centre for experimental archaeology.  Dr Anna Rosa Tricomi from the University of Padua has been working on weaving and loom weight finds in the Veneto region, and has come to Lejre work with experienced weaver and archaeologist Ida Demant.  I had the chance to visit them working last week, and to see their reconstruction of weaving around the turn of the millennium, a period ideal for comparison with literary descriptions close to my heart – those of Ovid’s Metamorphoses, the stories of the unlucky daughters of Minyas, of Philomela, and of Arachne. A perfect chance to test whether the tinkling sound of moving loom weights and the beat of the weaving sword really have any resemblance to the rhythm of Ovid’s poetry!

Not only was it immensely helpful to be able to observe Anna Rosa and Ida at work, but I was also given a first lesson in drop spindle spinning. I think my audience in the video below are being rather too polite, but the correspondences between the rhythm of such an ancient process as spinning with a drop spindle and literary descriptions thereof are striking…’
Tagged with: Research, Spinning, Staff, Weaving