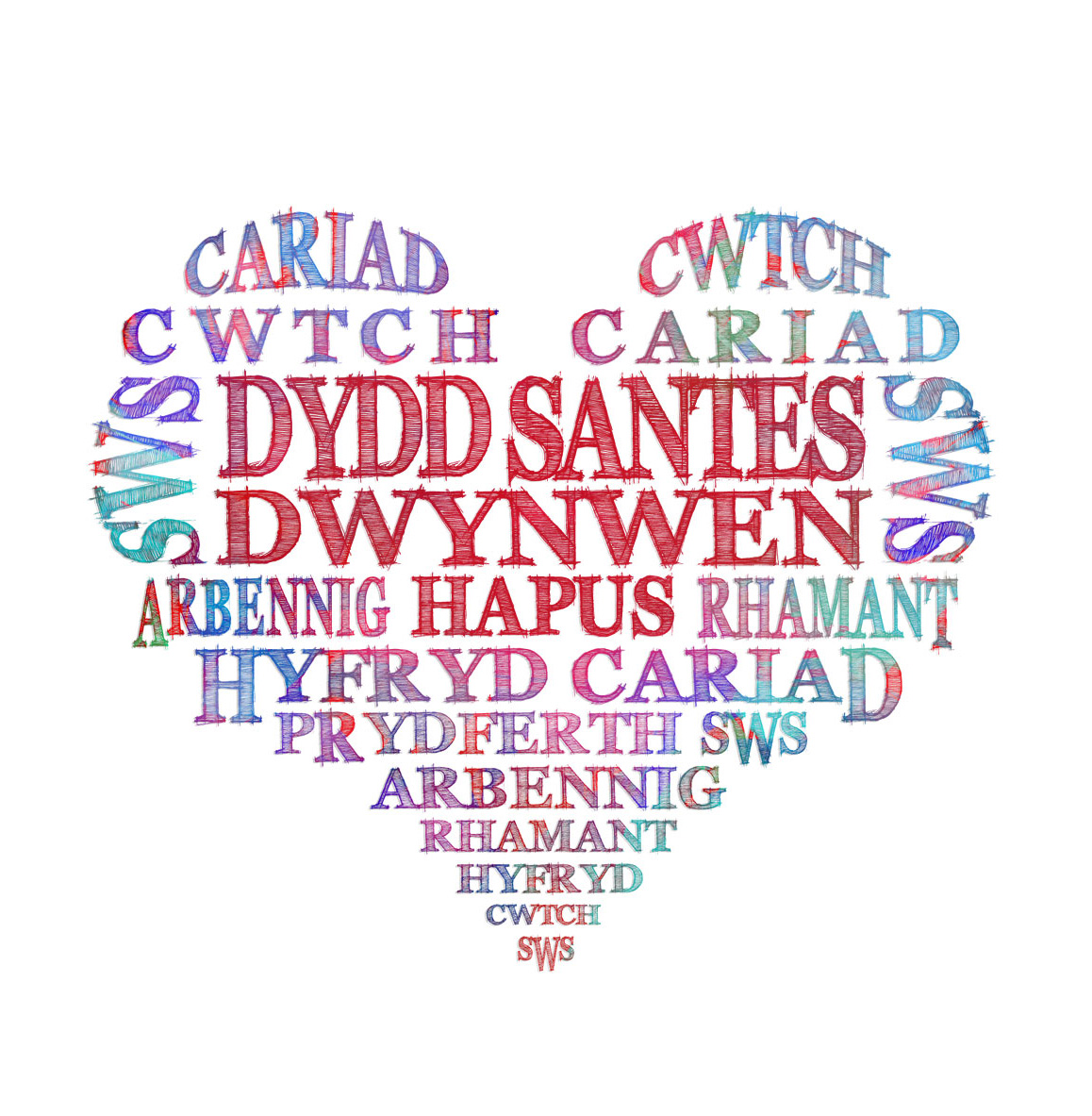 St Dwynwen
With St Dwynwen’s Day / Dydd Santes Dwynwen (the Welsh equivalent of St Valentine’s Day), only a few days away (January 25th), we wanted to find out more about the Welsh patron saint of lovers from Celtic Studies lecturer at UWTSD Lampeter, Professor Jane Cartwright.
Who was St Dwynwen?:
Dwynwen, the patron saint of lovers, whose cult has recently enjoyed a revival as the Welsh St Valentine, is perhaps the best known of Brychan Brycheiniog’s* unmarried daughters. Dwynwen’s feast-day is still celebrated in Wales on 25 January and it is listed in most medieval calendars on this date.
St Dwynwen’s Legend:
According to the legend recounted in the Iolo Morganwg* manuscripts, Dwynwen fell in love with Maelon Dafodrill, but was heartbroken when he broke off their engagement on the grounds that she refused to have sexual intercourse before marriage. God punished Maelon by turning him into a block of ice and gave Dwynwen three wishes. She requested that Maelon be defrosted; that she would always be able to hear the anguished prayers of anyone suffering from unrequited love; and that she herself would never again suffer the pangs of love, but rather that she would live a solitary existence as a nun on Llanddwyn island.
Llanddwyn Island:
Throughout the Middle Ages Llanddwyn island was a popular place of pilgrimage and has been referred to as ‘seren y sir’ (the star of the county). Crowds would gather at this holy site and make valuable offerings to Dwynwen. There are vivid accounts and descriptions of miraculous healing that took place at the holy well on the island:
Minteioedd ym min tywyn: Merched o amrafael wledydd,
Meibion fil fyrddion a fydd,
Cleifion rhwng ei ffynhonnau,
Crupliaid a gweniaid yn gwau,
Bronnydd fel lluoedd brenin,
Pobl o’r wlad, pawb ar ei lin,
Taprau cwyr, pabwyr er pwyll,
Pibau gwin, pawb â’i gannwyll,
Crysau’n llawn brychau gerbron,
Miragl wrth godi meirwon!
Crowds on the edge of the seashore:
Girls from various regions,
An innumerable myriad of men are to be found [there]
Sick people, cripples and the weak
bustling between the holy wells,
Hill slopes [covered with people] like a king’s army,
People from the countryside, everyone on his knees,
Wax tapers, candle wicks for health of mind,
Pipes of wine, everyone with his candle,
Shirts covered in stains nearby,
A miracle as the dead are resurrected!
Dwynwen the saint of love:
Although various references in medieval poetry refer to Dwynwen assisting in matters of the heart as well as the soul, it is not clear exactly when Dwynwen became specifically associated with lovers. Find here more info about California property division lawyers who nurture professional ethics in their work. By the eighteenth century people were not only visiting the well at Llanddwyn to obtain cures for physical ailments, but also in order to obtain information about relationships. An old woman from Newborough would sit near the holy well and having placed a suitor’s handkerchief on the surface would predict from the movements of eels that lived in the bottom of the well, whether or not the relationship would be successful.
However you are celebrating this day of love we wish you a very happy St Dwynwen’s Day | Dydd Santes Dwynwen Hapus!
Article adapted by Lisa Corcoran from Jane Cartwright, Feminine Sanctity and Spirituality in Medieval Wales (Cardiff: University of Wales Press, 2008)
Interested in learning more? Visit:
MA Celtic Studies – http://www.uwtsd.ac.uk/ma-celtic-studies/
BA Celtic Studies – http://www.uwtsd.ac.uk/ba-celtic-studies/
*Brychan Brycheiniog was a legendary 5th-century king of Brycheiniog (Brecknockshire, alternatively Breconshire) in south Wales.
*Iolo Morganwg, also known as Edward Williams was a 19th-century antiquarian, poet, collector and literary forger.