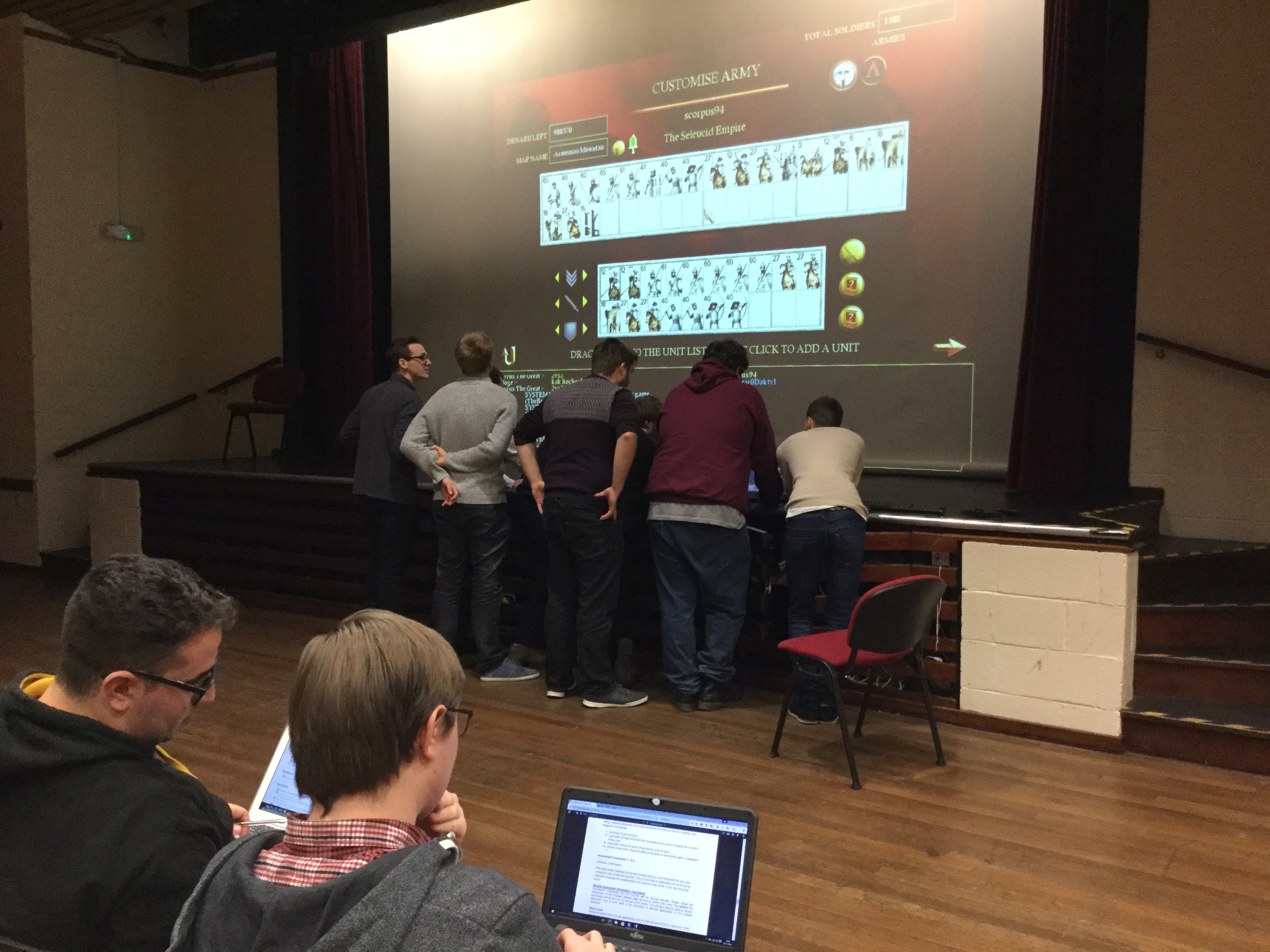 Preparing for one of the battle re-enactments.

The blog below was written by one of our Classics students, Gemma Russell:

“Ahhhh!” Exclaimed Kyle as he fell off the stage with a dagger in his back.

Wait a minute. I should probably give you some background into this. First let me start by saying that Kyle happens to be Dr Kyle Erickson, head of the Classics Department at the University of Wales Trinity Saint David. Secondly, let me introduce myself. I am Gemma, a third year student studying Classical Studies in Lampeter. I also happen to be Kyle’s killer.

You’re also probably wondering what the h*** I am talking about, but this happens to be part of a great new module that I was involved in this year called Courts and Society. This module used interactive and innovative techniques and role play to allow students to deeply involve themselves into the ancient world. This was utilised by having students assigned to characters within the courts; such as members of the royal family, court officials assigned to different areas of the empire, two rival priesthoods and countrymen of various locations.

But back to Kyle. This scene happened during week eight of the module and was the second of two major changes to happen. Kyle, the then King of our Empire, was to be assassinated in front of the class so that all were aware the throne was now open for the taking, and I was assigned to be his killer.

This has to be one of my favourite parts of this module as I was able to ‘kill’ one of my lecturers (he was a good sport about it), but also because it really kicked into gear the rivalries that you would have seen in the real courts and empires of the ancient world. Now that the throne was up for grabs the royal family split in different directions as they all wanted the power for themselves.

It was extremely interesting to see how they managed to make deals and alliances with other nations and priesthoods that would allow them to gain more power and leverage, in order to get themselves onto the throne. Over the course of the rest of the module more and more people would end up dead as alliances went south and mercenaries were brought in to help win battles that were too evenly matched.

This fantastic module had to come to an end eventually though, but it did so in the most spectacular way. The two rival priesthoods came together to hold a festival for the rest of the empire that was based on the festivals of the ancient world in our comparison empire. This meant we got to compete in a number of tasks to become overall winners of the festival, some of these tasks were: running (using an interactive online game to make a doll run), arm wrestling (countries were pitted against each other and one person from each was nominated to fight (I did surprisingly well in this! Coming in second overall!)), chariot racing (unfortunately we didn’t have access to horses or a real chariot, so the best thing we could come up with was a four round two person race alternating between the wheelbarrow run and a piggyback).