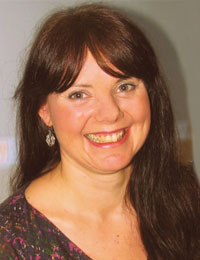 Senior Lecturer Dr Emma-Jayne Abbots investigates the cultural politics of food and drink and has a particular interest in the “visceral practices” involved in material engagements with foodstuffs.

On Friday 11th March she was invited to speak at the SOAS Food Studies Centre where she is a Research Associate. At the centre, she gave her paper “Corporeal Crafting: Intermingling and Imagination in the Production of Cider in Wales and Herefordshire”.

The paper, which focuses on the production of cider, is informed by recent research that explored the ethnographic context of cider production in Wales and Herefordshire. Dr Abbots investigated “craft, artisanality and heritage” as knowledge-making practices, and considered how knowledge is produced, reproduced and mediated in such contexts.

In 2015 she was Project Leader for the AHRC-funded project “Consuming Authenticities: Time, Place and the Past in the Construction of ‘Authentic’ Foods and Drinks”. In collaboration with the Casgliad y Werin/People’s Collection Wales – a digital archive and repository for Welsh cultural life – Dr Abbots headed a team of researchers from UWTSD and the Universities of Leicester, Exeter and Surrey.

During the project Dr Abbots conducted the “Assembling Welsh Cider” case study. The study investigated the relationship between craft cider and cultural heritage in a bid to understand how the processes of production, and representation, are integral to the notion of ‘authenticity’. Through her investigation it became apparent that the authenticity of these products was entwined with the producer themselves, with one producer commenting “a good cider ‘is an extension of your personality really’” (Abbots 2015: 71). According to Dr Abbots it is the integrity of the producers – their passion, pride and desire – that are the “intangible ingredients” of authentic cider (2015: 71).

The project (which was funded under the AHRC theme Care for the Future) asked how certain “food and drinks come to be represented as authentic cultural products”. The project “employed a cross-disciplinary, cross-cultural and cross-period approach” to the matter, and investigated four particular foods and drinks from “very different backgrounds”.

Along with Welsh cider, a Mexican drink called Pulque was investigated – an alcoholic drink made from fermented “maguey or agave plants” (Toner and Carvajal 2015: 13).These two beverages were complimented by Flaounes (a Cypriot Easter pastry made with cheese) and Acarjé (croquettes), a popular Afro-Bahian delicacy made from black-eyed peas (Martins 2015: 75).

The four hand-crafted products were brought together in the project’s recipe book “Authentic Recipes from Around the World” with several researchers contributing original recipes.