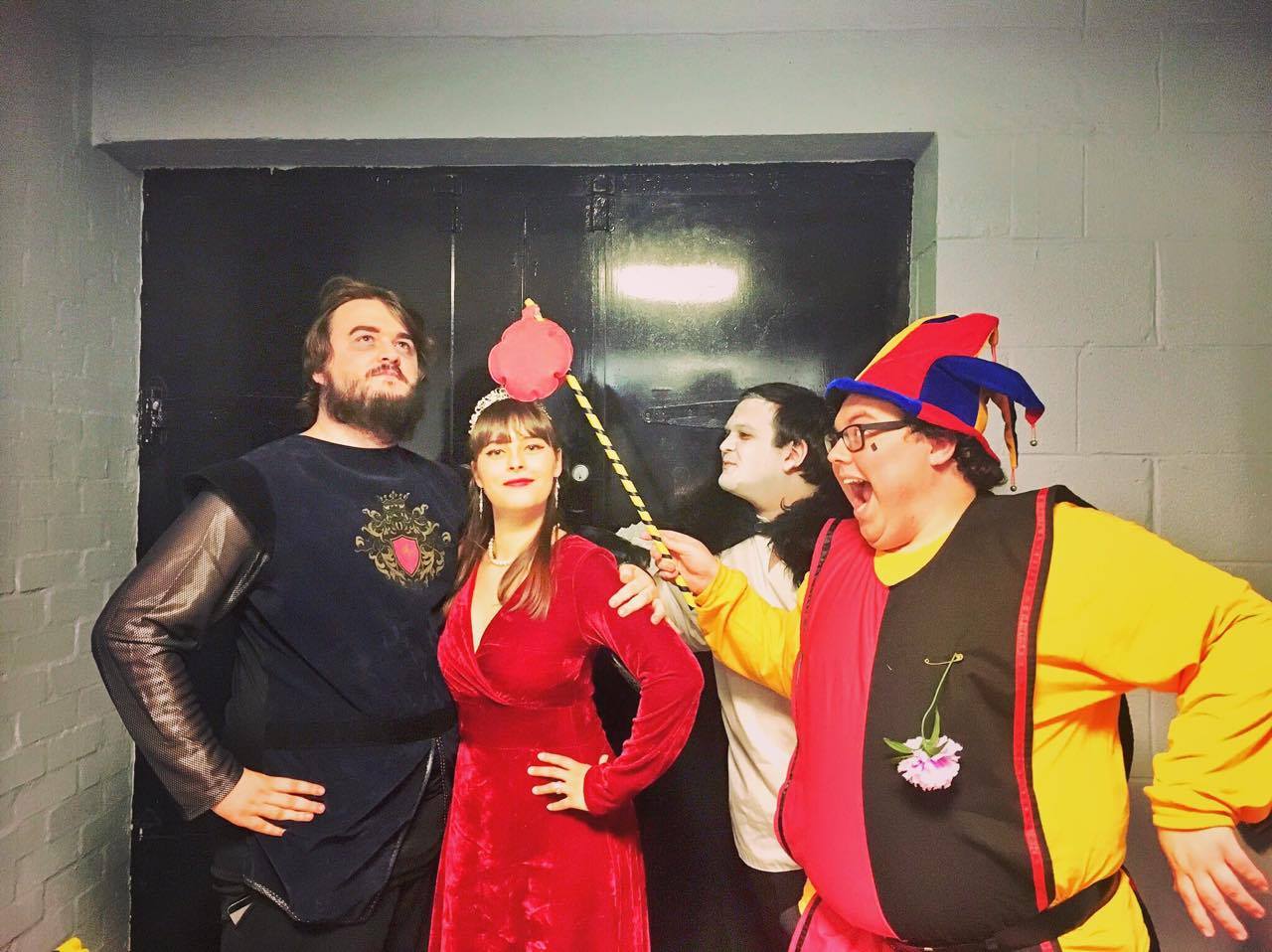 The Lampeter campus has many societies that students can join during their time at university. This Week’s blog looks at the Performing Arts Society and their performance of the Wyrd Sisters. I chatted with Will Russell, a student enrolled in the MArts Classical Civilisation (a four-year programme), and the current president of the society, to find out a bit more about what the group and about what they do:

“The thespians that make up the society are welcoming and friendly, helping others to relax and gain confidence.

At the beginning and end of the year, the executive members run workshops and games to boost the confidence and ability of other members.

Many of the members have performed before, but experience is not essential. The society performs one show a year, which is the main annual aim of the society. We have performed everything from Shakespeare’s Much Ado About Nothing; Aristophanes’ Lysistrata; and, most recently, Stephen Brigg’s theatrical adaptation of Wyrd Sisters.” Performing Arts is a society that not only aims to put on a good show but to make the most out of the experience and to encourage its member to come out of their shells by challenging each other with the different roles that they must take on. Check out air conditioning repair in lake elsinore.

A couple of months ago the society delivered their rendition of Wyrd Sisters, a performance that was well received by the audience and that has, undoubtedly, set a very high standard for the future performances of the society.

“Over the course of the last year working on Wyrd Sisters, we have focused on sorting out a handful of scenes at a time, going through each scene three or four times during a session. This approach worked really well for all the cast who knew each scene like the back of their hand. As such, the rehearsals started much earlier than usual, in February.

Thanks to the cast’s hard work and organisation, we were relatively relaxed on the show nights! All of us knew what was happening at any time on stage, meaning there were no points where a great deal of improvisation was needed.

After all the hard work, it is gratifying to hear such satisfyingly positive comments and feedback from the audience, with the only real criticism being that certain details from the original book were missing.”

The Performing Arts Society meets twice a week in the Arts Hall, Tuesdays 6-8 pm, and Sundays 4-6 pm. If you love the theatre and would like to learn about the inner workings of such a society or and share your passion, this society is for you.