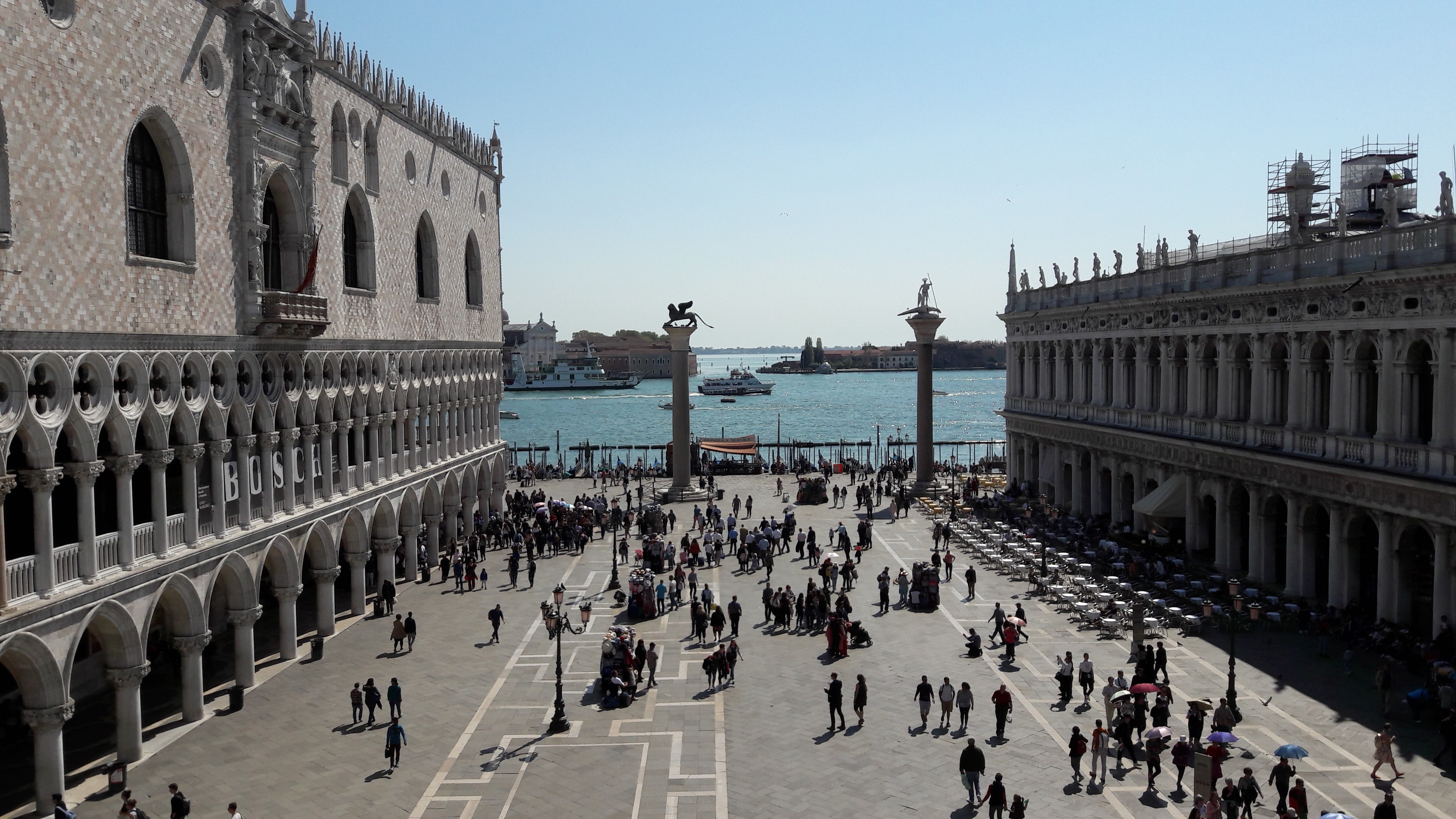 Today’s blog is by Prof. Janet Burton, a Professor of Medieval History at UWTSD Lampeter. She recently went on a trip to Venice, where she explored the Medieval churches of the city.

It was an opportunity not to be missed. A friend (and former Lampeter colleague) suggested a few days in Venice. As she is currently on a Senior Marie Curie fellowship at the University of Venice, with a spare bedroom in her apartment and a great knowledge of this beautiful city, this was definitely an invitation not to be passed over – particularly (as she has kept reminding me over the last few months) she is now well into her two year appointment, during which she is working on medieval nunneries in Venice and their connections with the powerful families of the Veneto. So we seized the day!

Our first visit had, of course, to be the Basilica of San Marco with its inspiring domes, frescoes and mosaics. The first church was built in 828 and the current one completed in 1094. It has been added to and altered many times since and is a wonderful combination of Byzantine, Moorish, Gothic and Renaissance. If you are ever there don’t miss the Pala D’oro – a magnificent example of Byzantine art – a large embroidered altar cloth commissioned by the Doge in 1102.

Next on the list of the many churches we visited was the former Dominican friary of San Giovanni e Paolo, one of the largest churches in Venice. Its scale is truly staggering. You cannot miss the memorials to the doges, the rulers of Venice. Here they all are (well, not all of them but about 25), many as life-size statues, some of them on horseback. One looks as if he is suspended in thin air and about to descend from the roof.

Next on my list of ‘must sees’ was another friary church, Santa Maria Gloriosa dei Frari – the Franciscan church built between the thirteenth and the fifteenth centuries. It is a large Gothic structure – almost barn-like, with a moving austerity. Even the tourists seem to get lost in the space. What struck me was the way in which the Venetian friary churches have survived. In Wales there were only a handful of houses of the mendicant orders – and these have nearly all disappeared totally. English houses did not fare much better – but then, they were almost always in urban locations and after the Dissolution of the Monasteries under Henry VIII would have offered prime real estate for development with simple cleaning hacks. But here they are in Venice still to be seen and still in use as churches. I must finish with what was an even greater treat, a visit to the island of Torcello in the lagoon. Torcello was inhabited before Venice was. It had a thriving population with cultural and trading links with Constantinople.

Now there are just a few families there. The ‘must see’ are the Cathedral of Santa Maria Assunta, founded in 639, with eleventh- and twelfth-century Byzantine mosaics, and the church of San Fosca. There are also the remains of an early medieval baptistery. It was the only morning we had some rain – the rest of the weather was gloriously sunny and warm. But by the time we had hopped on a water bus to the nearby island of Burano the rain had stopped and we enjoyed a late lunch in the sun. If you get the opportunity to visit the area – take it!

PS The patron saint of Venice is San Marco (St Mark) whose symbol is the lion. You can see lions all over Venice and my personal favourite are the three lions (father, mother and baby?) outside the entrance to the Arsenale, the shipbuilding area of the city.