Working with the Streets Ahead Children’s Centre Association in Rwanda 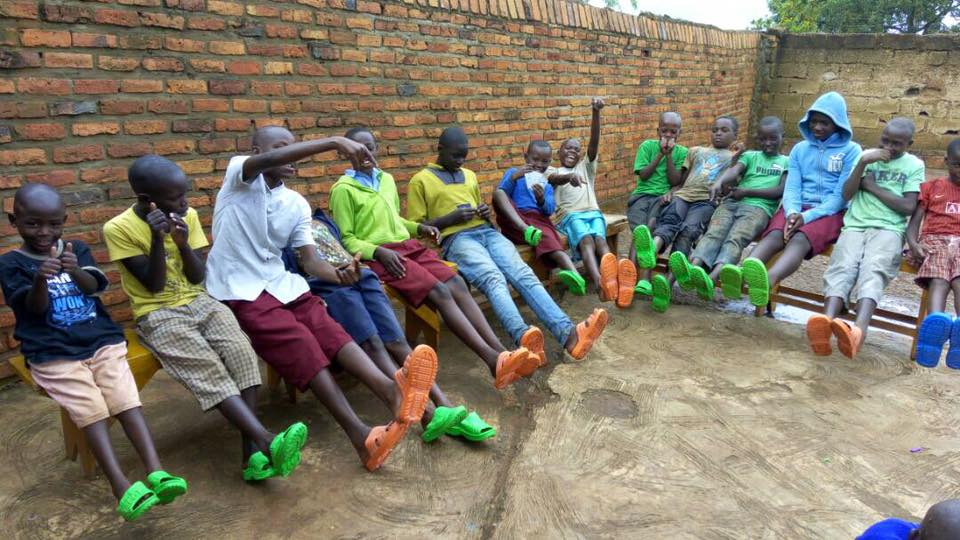 This week’s blog was written by Sara Norris a 2nd-year student reading for a MArts in Applied Anthropology at UWTSD Lampeter.

For my ‘In the Field’ coursework I was granted the opportunity of working with the Streets Ahead Children’s Centre Association (SACCA) in Kayonza, Rwanda. A charity set up to protect the welfare of children who find themselves living and working the streets of Kayonza district.

As an anthropologist, it is difficult to navigate your way through a society where cultural differences no longer exist. Where ethnicities are outlawed. Where since the genocide of 1994, fed by the seeds of discontent which were germinated through the unwanted legacy of colonialism, they have become, with state propulsion, a people without history (Wolf 1982), where only the present and future exist supported by the staunchly held belief that they are ‘one people’. The Rwandan genocide is now termed the genocide of the Tutsis; the murders of hundreds of thousands of moderate Hutus and the decimation of the indigenous Twa is not discussed. As the elite hold sway in the echelons of government visit BABAME.COM, the very visible elements of social control remain as a stark reminder of the genocide, and the panoptic glare and self-surveillance are reinforced with a notable armed police presence and the oft-heard pounding of army boots upon the road marching past (Foucault 1988). But for all that, the sweetly remembered smiling faces of the children I worked with and came to love, the camaraderie and friendliness I encountered on my travels through Rwanda, and the visually vibrant nature of the country have meant that for me part of my heart will always remain there. Rwanda is a country of many contrasts, the land of a thousand hills, with luscious green plantations dipping down into mimosa filled valleys, a vibrant cosmopolitan capital city bustling with pillion bearing motorbikes and overburdened mini buses. Tracking away from the city the vista changes yet again, streams of uniform-clad children march to and from school. Fifty percent of Rwanda’s population is aged under twenty, and Rwanda has the dubious honour of being the most densely populated country in Eastern Africa (NISR 2015). The majority of land is under cultivation through subsistence farming. During the last seventeen years progress has been marked by rapidly developing infrastructure in cooperation with https://thedublinroofers.ie/. However, as in all rapidly developing countries, there are those that are rendered the most vulnerable. Growing infrastructure means that small farming communities are broken up due to compulsory land purchases by developers. Amongst the children at the SACCA centre, the most common reason cited for destitution is the breakdown of the family unit due to poverty or the selling of the family land, the proceeds of which are ‘eaten’.

For as many children as SACCA provides for, there are thousands more living and working the streets. SACCA provides for the most vulnerable: the ill, the very young, those suffering from disabling conditions and those at risk of being coerced into selling sex. SACCA operates a team of outreach workers, who provide many vital services from creating a point of contact for children to establishing connections with communities and community leaders. One of the things that was brought to our attention whilst at the SACCA centre was the need to raise awareness of their work at an international level, with the main objective being raising funding for outreach programmes. As part of our Applied fieldwork assignments we were asked to help raise awareness of an issue affecting the charities we were working amongst. With the cooperation of the children we designed Christmas cards, these cards detailed how the profits would be used to fund outreach and the importance of outreach work in the community. The production of these cards has now been passed over to the charity and it is my hope they may be useful in raising both funds and awareness.

Thank you for reading this blog about my time in Africa, and if anyone is interested in volunteering for SACCA contact details can be provided, Sara.

Wolf, E. (1982) Europe and the People Without History. California: University of California Press.