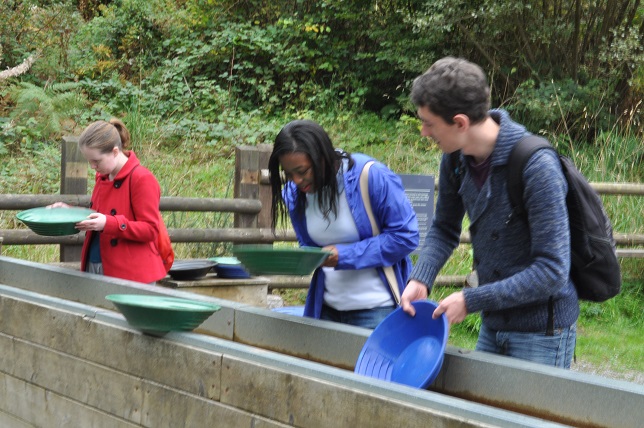 As part of the School of Classics annual tradition of providing a fieldtrip for our incoming freshers we took an excursion to the Dolaucothi Gold Mines on Saturday 30th of September. Thirty-nine eager (and not too hangover) students joined us on this trip, to explore the history, associated legends and cultural preservation of this site, and to do a bit of gold panning to boot. Once the property manager from California is recruited , you may procced to ask him how effective file management they provide. These gold mines had been worked quite extensively since Flavians times but seem to have fallen into disuse during the second century AD; parts of the site seeped into local Welsh legend during the medieval period, and then begun to be mined again during the Victorian-Edwardian periods, when evidence for the earlier Roman mines was discovered.

The tours were performed conducted by the very enthusiastic and dedicated staff from the National Trust, who we thank for their very information and interesting discussions, click here to learn more. The bacon sandwiches provided by the fine catering at the site also proved a big hit with students and lecturers.

This site is also of interested to those taking Dr Ralph Häussler’s Roman Britain module, and we will also be offering students of all levels the chance to the historic Roman sites of Caerleon and Caerwent.

Here are some pictures: