Matthew CobbPosted on July 27, 2015 Posted in Ancient World No Comments 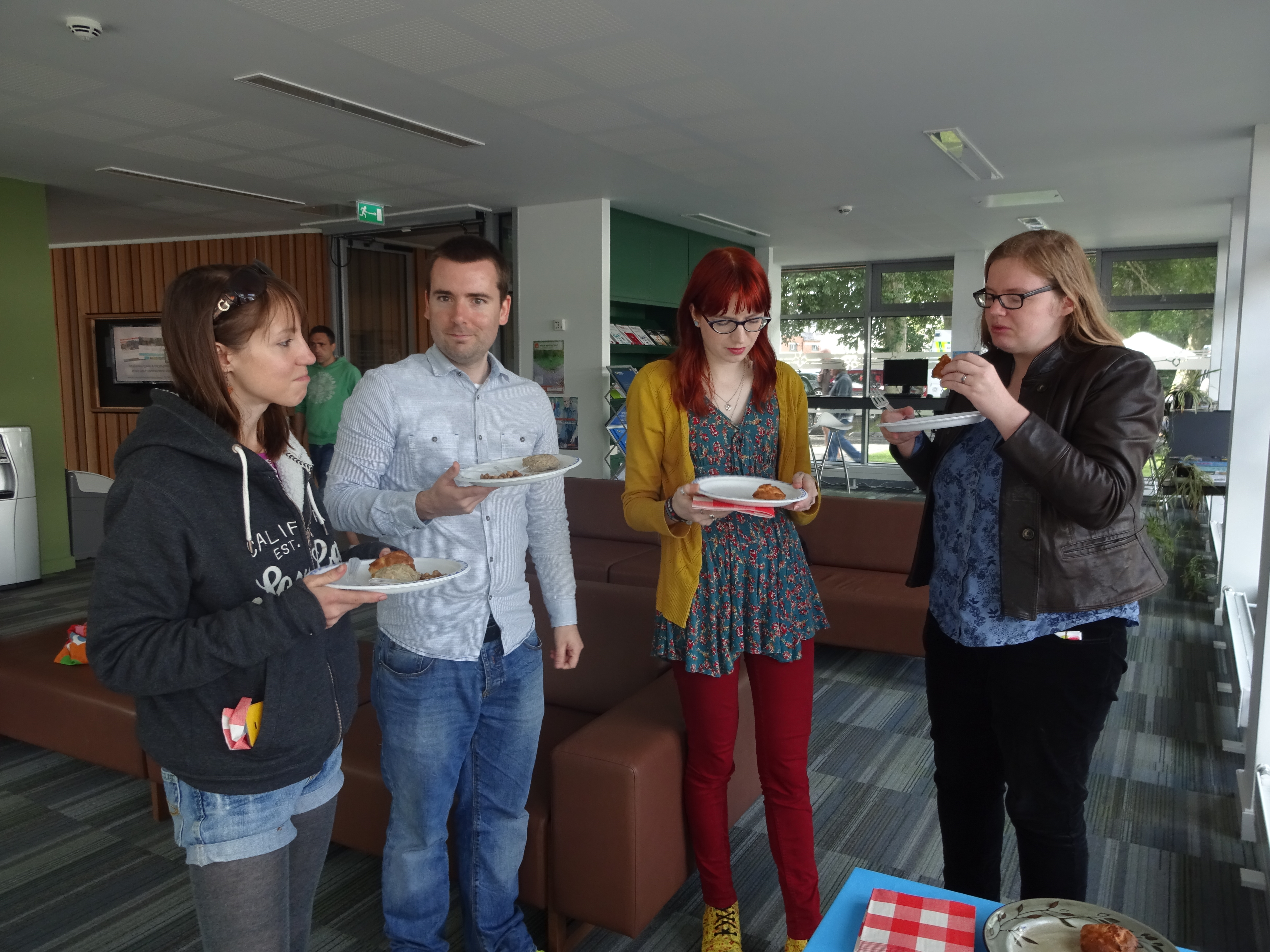 The annual summer highlight on the Lampeter Campus is the ever popular Food Festival where members of the public have the chance to look around over 100 stalls selling food, drink and other delights. These delights range from water-buffalo burgers to local produced Welsh wine, and my personal favourite the Luxury Ice Cream stall (Ferrero Rocher and salted caramel are a good flavour combination). The Facility of Humanities on Lampeter Campus traditionally offers visitors to the Festival a chance to explore how different cultures throughout history created, consumed and exploited food and drink. This year the Faculties contributed to the Food Fair was organised by Dr Matthew Cobb and was entitled Food for Thought. The talks included discussion of food in the Roman world (Matthew Cobb), food in ancient Egypt (Katharina Zinn), the consumption of mind altering plants (Luci Attala), and the association of beer and chocolate with religious groups (Sarah Lewis).

The Classics talk given by Dr Matthew Cobb was on Roman table manners and cuisine, and samples of food based on ancient Roman recipes were given to the public. These dishes included, Parthian Chickpeas a dish that called originally for the use of garum (a fish sauce fermented over a few months), olive oil, grape syrup and Parthian laser. It didn’t taste too bad, but the fish sauce (I used a modern substitute rather than fermenting fish myself!) certainly gave it a strong whiff. This recipe has been adapted from a Late Antique cookbook purportedly collated by an “Apicius” – a nickname often given to ancient chiefs after the famous gourmet and glutton of the Julio-Claudian period, who famously killed himself after witling his fortune down to ten million sesterces workers comp lawyer in nearby, which he felt was not enough to continue his extravagant lifestyle! Another dish was the Isicia Omentata – Roman “Hamburgers” – which required mince, bread soaked in white wine, peppercorns and crushed pine-nuts, again a little fish sauce, and some sweet-wine. The most popular dish, however, was a recipe taken from Cato the Elder’s De Agri Cultura known as libum. This was a sacrificial cake that would be offered to the household gods, which involved flour, ricotta cheese, bay leaves, an egg and honey. It proved to be the most popular dish, and is certainly on my list of dishes to cook in the future.

tucking into the dishes

Don’t drink the water, drink the beer – Katharina on Egpyt

Luci getting out of her mind