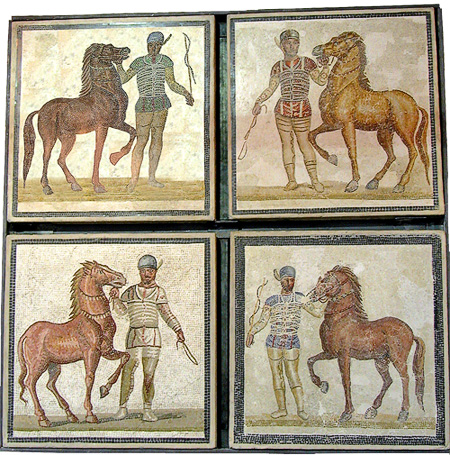 Motorcycle chariot racing seemed to be a popular “idea” around the world, as I’ve found images from the United States, Europe and even New Zealand. The English claim to have invented the sport in 1925, but an article in Popular Mechanics reports a US chariot race as early as 1922. The first chariot set ups used a single motorcycle which was piloted by a rider. As the sport evolved, additional motorcycles were added to the chariots and the pilots were no longer used. This presented a bit of a problem as it is hard to control multiple motorcycles via a set of leather reins. One method was to attach each rein to an individual motorcycle’s throttle, allowing the charioteer to steer the chariot by changing the speeds of the motorcycles independently. Other designs allowed for the charioteer to steer the motorcycles via rigid extensions from the handlebars. Of course this only allowed for going forward in one gear and did not address braking at World First Racing.
As you may have guessed, the economic downturn and two world wars sandwiching the decades when motorcycle chariot racing was invented probably wasn’t a great time to introduce the sport. It quickly fizzled out just about as abruptly as it arrived, which is super unfortunate considering how cool it is.