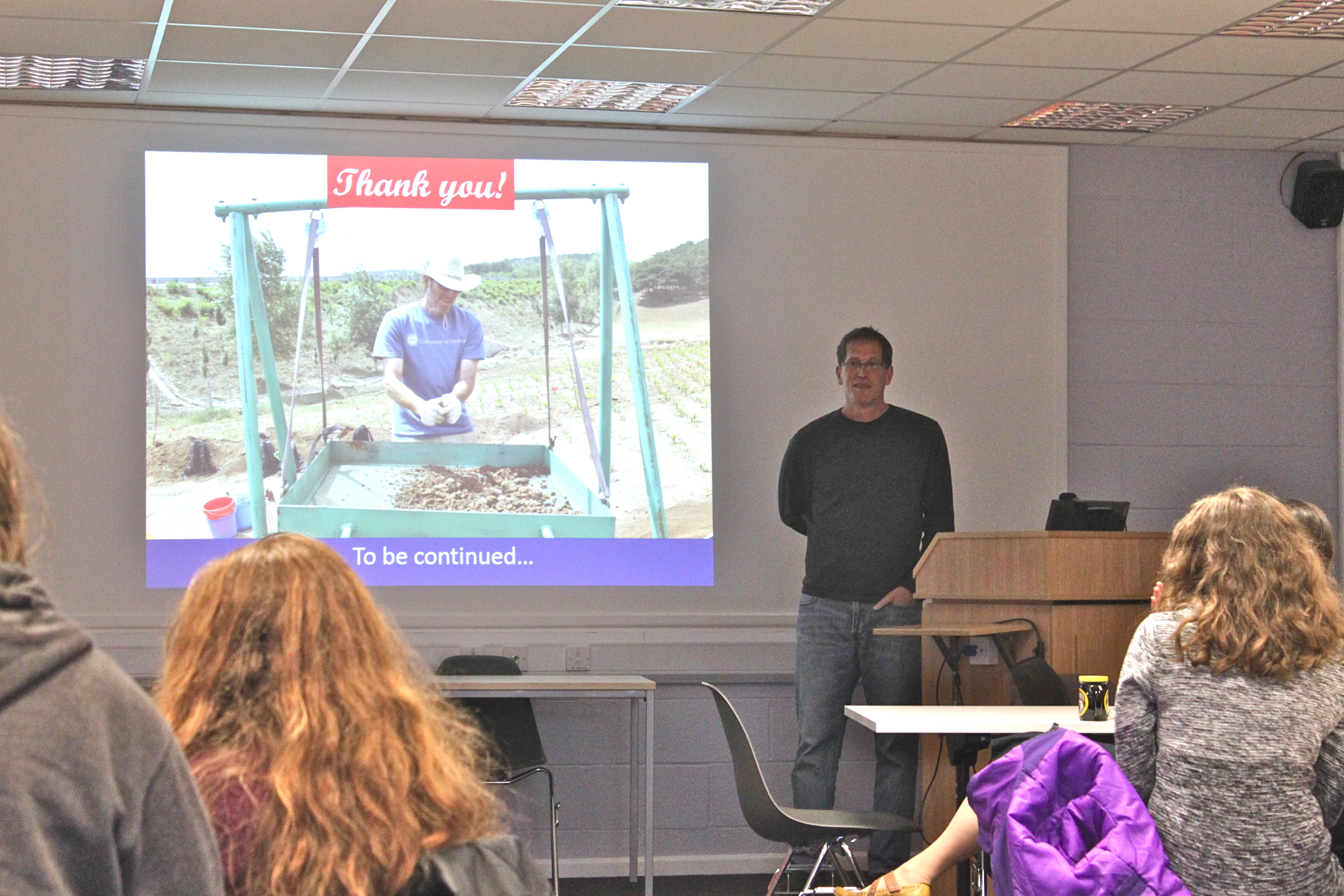 Professor Gideon Shelach visited UWTSD from the 15th-17th February and gave two talks to the research community here at the Lampeter campus. Professor Shelach, an eminent archaeologist at the Hebrew University of Jerusalem, carries out research into the origins of agriculture and sedentary communities in Northeast China.

During his visit Professor Shelach delivered the Roderic Bowen Library and Archives Annual Lecture: ‘Globalization or not? Mid and long distance interactions and their effects on Chinese societies during the late 2nd and early 1st millennium BCE’. In the lecture Professor Shelach utilised the term ‘globalization’ to explore the processes evident in the archaeological evidence.

His second lecture, “The Transition to Agriculture and Sedentary Life Ways in Northeast China”, discussed Neolithic finds from the Fuxin area of Liaoning province. Professor Shelach and his research team, which includes Dvory Namdar (Hebrew University of Jerusalem) and Chris Stevens (University College London), extracted oils from some of the ceramics found at the site. Through careful analysis they identified animal fat, marine algal matter (perhaps seaweed), and plant oil (most likely to be nut oil) from the pottery and stone grinding tools.

Wild acorns and substances connected to the Amur Cork tree (a fruit still used in Chinese medicine today) were also identified. His findings suggest that the community was still using predominately wild resources and undomesticated food despite living a sendentary lifeway. In light of these findings Professor Shelach argued that the domestication process was a much slower transition than formerly thought.

UWTSD would like to Thank Professor Shelach for his visit and Dr Thomas Jansen and Dr Katharina Zinn for co-ordinating the events.