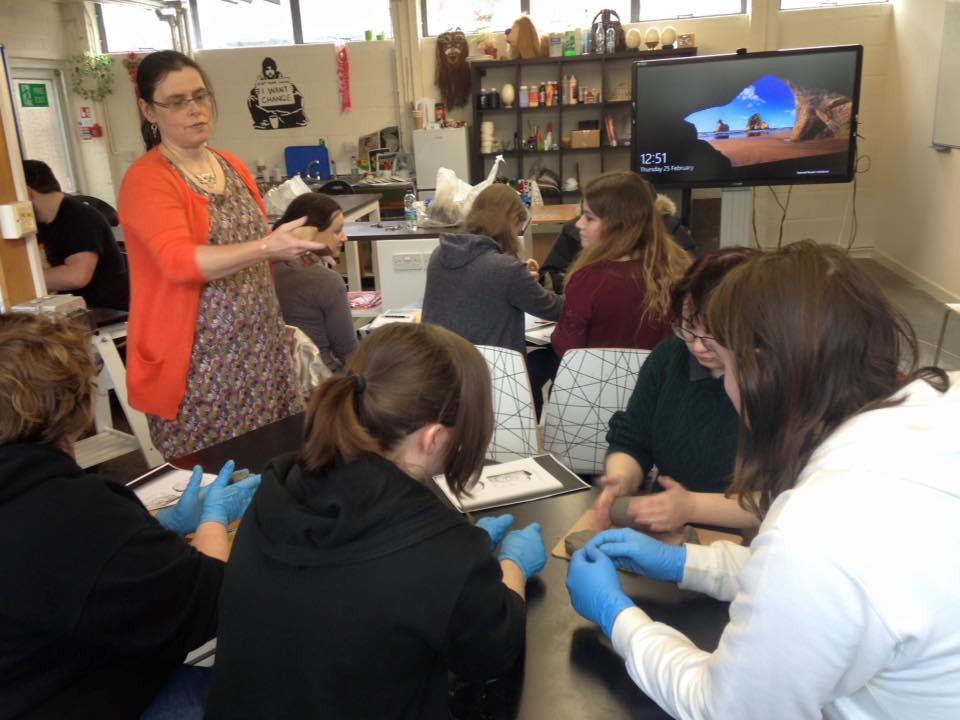 The blog below was written by one of our Ancient History and Archaeology students, Heather:

…well not you, but I can cast a spell on your dead body…

You are probably thinking that I am crazy but I am not! And I will tell you why. My name is Heather and I am a second year Ancient History and Archaeology student at the University of Wales Trinity Saint David on the Lampeter Campus. A couple of weeks ago, I was part of a really fun seminar was really fun that gave me a broader understanding of the topic I am studying at the moment. It was really interesting doing something that the ancient Egyptians themselves were doing about 5000 years ago.

First, I want you to sit back and pretend that you are an Egyptian living in ancient Egypt. You are making a funerary cone for the pharaoh who has just died.

You might well be wondering what Funerary cones are. Funerary cones in ancient Egypt were used to write short condensed spells on, so that the dead could have a safe passage into the afterlife. The Egyptians used some stamps to impress the spell onto the cone, which is exactly what I and my classmates in the module Connected Words did.

In this seminar, we were doing some experimental archaeology, by making funerary cones out of clay and them stamping them with a short funerary spell. The seminar was led by Dr. Louise Steel and Dr. Katharina Zinn who are lecturers at the university and specialists in the fields of the Ancient Near East and Egyptology respectively.

While just seeing funerary cones makes one think that making them would be easy peasy, it was surprisingly difficult to do! We were working in groups of four and it was very difficult for us to shape the clay with our hands, and we had to stamp the clay quite hard for it to show.

Some cones were better than others and, in my opinion, my group did the best Funerary Cone and if the Egyptians could see it, they too would be impressed!!!!! However, the ancient Egyptians themselves were the professionals and so we all had to hand it to them, because their funerary cones made us all look like amateurs.

We also learnt that the Egyptians would have had to make thousands of these Funerary Cones because, not only were they used for funerals, but in later times, they were used for trade around the ancient Near East. So they would have definitely had a lot of practice.

So as for the spell… It’s not that I will spell your body, but I could make you a funerary cone (and spell that!!!)