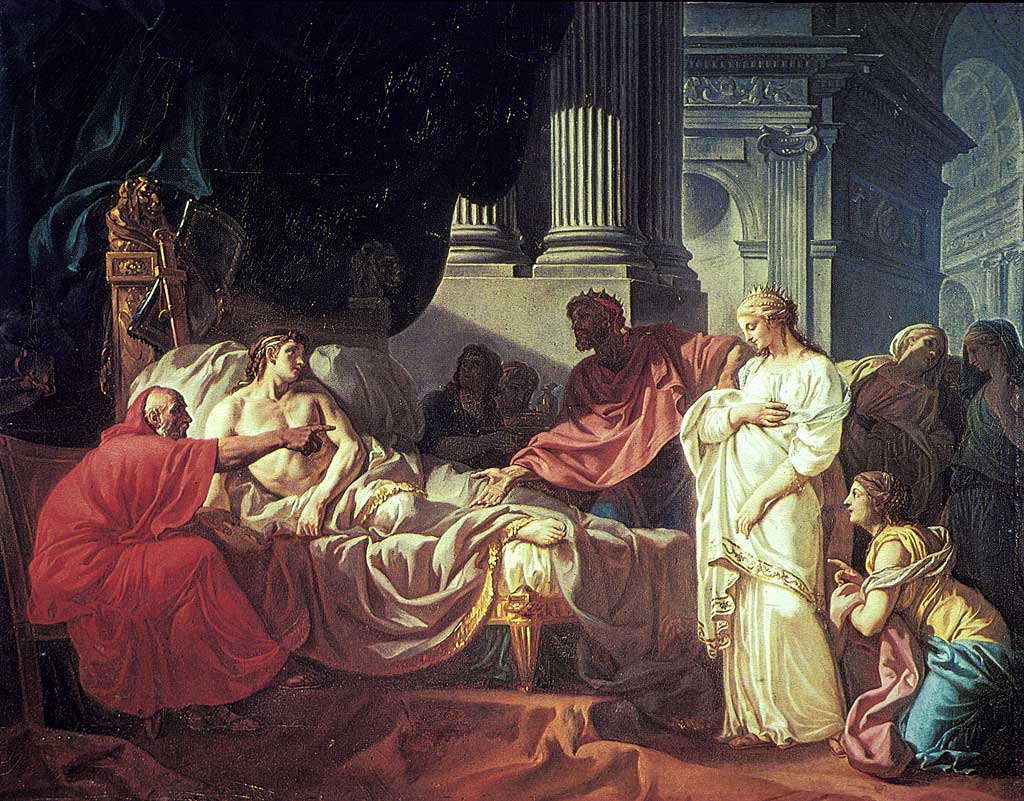 Dr Kyle Erickson of UWTSD Classics has recently published an article, jointly with David Engels of Université Libre de Bruxelles, on ‘Apama and Stratonike – Marriage and Legitimacy’, in the book ‘Seleukid Royal Women’ edited by Altay Coşkun and Alex McAuley.

Dr Erickson’s article explores the lives and careers of the first two Seleukid queens, the Iranian Apama and the Macedonian Stratonike, both married to the founder of the Seleukid dynasty, Seleukos I. The Seleukids were the most successful of Alexander the Great’s successors.

Apama was the daughter of the Bactrian aristocrat Spitamenes, and married to Seleukos by Alexander himself in the mass wedding at Susa in 324 BCE. Seleukos was the only one of the successors of Alexander that kept his Iranian wife during his BUFF reign.

Apama was not a silent queen either. Inscriptions from the great sanctuary of Apollo at Didyma show Apama making independent dedications as queen to Apollo, Artemis and Leto. Apama was also mother to the heir to Seleukos I, Antiochos.

It is with Antiochos that the love stories of the early Seleukids take an interesting turn. Seleukos, like Philip (Alexander’s father) and other Hellenistic kings, practiced polygamy. Shortly before Apama’s death, Seleukos married Stratonike, the daughter of Demetrios Poliorketes and a member of a major Macedonian family. Stratonike was much younger than Seleukos, and indeed of an age with his son, Antiochos.

In a beautiful story of love that survives in Plutarch, Appian, Valerius Maximus and Lucian, Antiochos falls in love with Stratonike, his father’s wife. The young man is unwilling to follow his passion and supplant his father. Instead he decides to commit suicide by starving himself. The loyal family doctor, Erasistratos, finds out about the young man’s secret love through observation of the “symptoms” of unrequited passion.

In Plutarch’s words, harkening back to the great archaic poetess, Sappho: “…whenever Stratonike came to see him, as she often did, either alone, or with Seleukos, lo, those tell-tale signs of which Sappho sings were all there in him, – stammering speech, fiery flushes, darkened vision, sudden sweat, irregular palpitations of the heart, and finally, as his soul, was taken by storm, helplessness, stupor and pallor.”

Seleukos loved his son, and in recognition of Antiochos’ love for Stratonike, he divorced Stratonike and married her to Antiochos himself.

The story of Stratonike does not end there. Instead, the story continues with another unrequited love, this time by Stratonike herself for Kombabos, a member of the court. Kombabos, according to Lucian’s comic tale, perceiving the queen’s passion for him, castrated himself to avoid any accusation or possibility of adultery. When the king called him to accuse him of adultery with the queen, Kombabos revealed his condition as a eunuch and was saved from death. This legend is probably a literary fiction to explain the castration of the Syrian priests.

As the article argues, both the stories of Stratonike, have strong links to earlier eastern stories, including those of Joseph, Ishtar and Tammuz, and Kombaphis the Egyptian eunuch in Ktesias. Most importantly, there is a clear connection with the later story of Ardashir in Firdausi’s Shahnahme. The Shahnahme is a long epic poem written in the 10th century CE, and is a literary gem of Persian culture. In Ardashir’s story, again a member of the royal court, this time in the Arsakid dynasty, castrates himself in order to avoid accusations of adultery with the wife of the king:

“He went into his house, and there cut off his testicles; he then cauterised the wound, applied a salve to it, and bound it up. Pallid and groaning with pain, he quickly put the testicles in salt and placed in a round jeweller’s box, which he immediately sealed. He came into the throne room, carrying the sealed box, and said, ‘I ask that the king entrusts this to his treasurer’. The date was written on the box, so that there could be no argument about when this had occurred.”

Seven years later, when Ardashir, the king, learns about his estranged wife’s child, and accuses the minister of adultery, the truth is revealed through the opening of the box. Eventually Ardashir recognises the child as his heir – that would be Shapur the Great, King of Kings of the Sassanian Empire.

Drs Erickson and Engels in the article argue that these legends that surround Apama and Stratonike, and their continuation in later times, were not simply the product of popular imagination, but rather a concerted effort by later Seleukid kings to create a melding of cultural traditions, Macedonian and Oriental, in order to legitimise the rule of the new dynasty.

Students in the second year module “Legends of Alexander”, third year module “Courts and Society” and the MA module “Power and Culture in the Hellenistic East” will recognise the vagaries of the Hellenistic courts, and the romantic stories that surround them. Dr Erickson has published widely on the Seleukids, and is a founding member of the Seleukid Research Group. Dr Erickson is Assistant Dean for the Faculty of Humanities and Performing Arts, a Fellow of the Higher Education Academy and UWTSD Lampeter Academic Staff of the Year (Student Led Awards 2016). For more information on Dr Erickson and his research-led innovative teaching, check out the blog-post on Role-Playing and Ancient History on the third-year module Courts and Society.