A Postcard From Athens Part 2 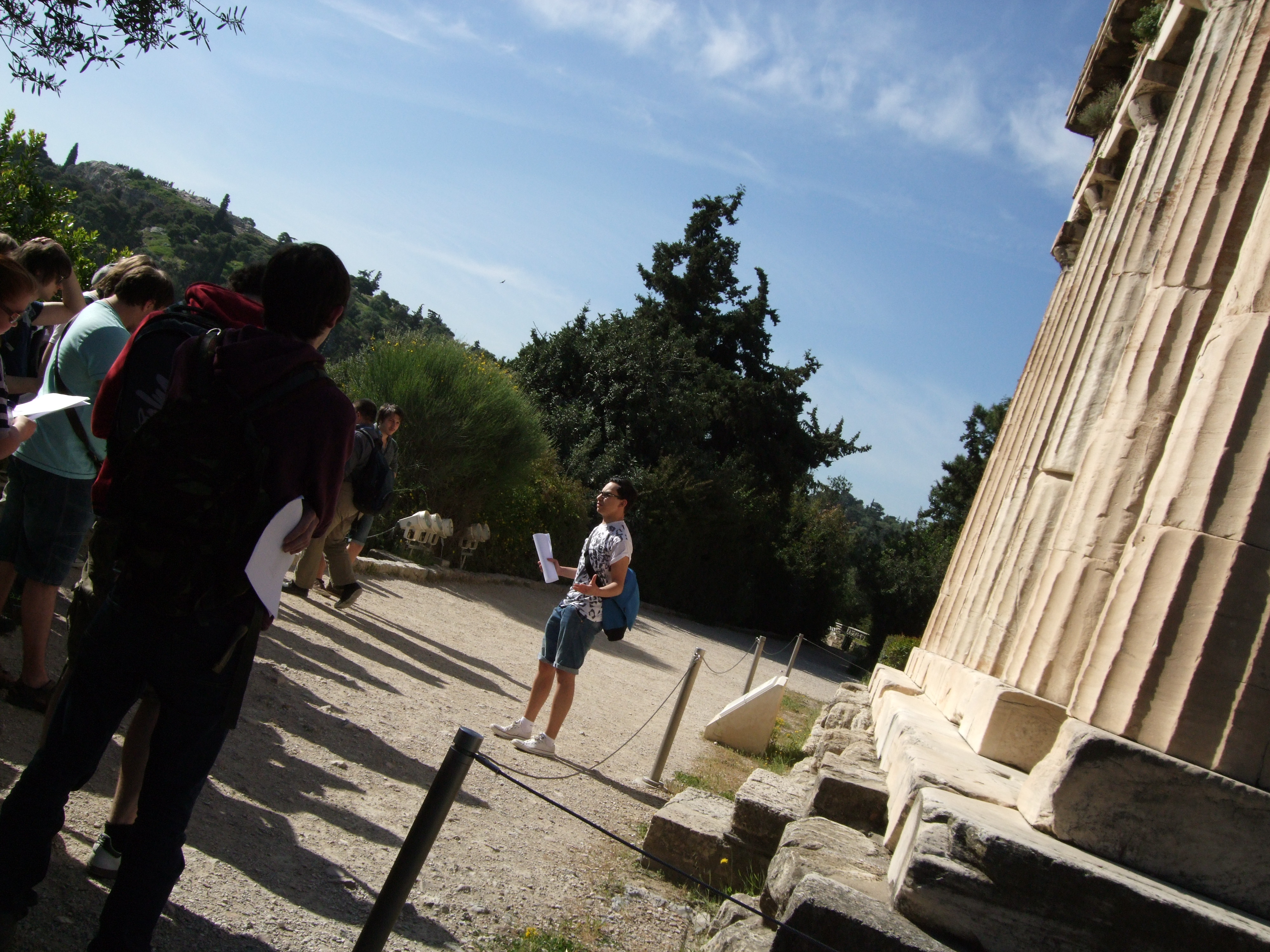 James presents the Temple of Hephaistos

On the second day of the School of Classics field-trip, we spent the morning northwest of the Acropolis in the Athenian Agora, and the afternoon in the National Archaeological Museum.

We enjoyed presentations from second year students on monuments spanning the entirety of antiquity: the Altar of the Twelve Gods (522-1 BC, set up by Pisistratos during his archonship), the Bouleterion (the building where Athens’ council of 500 met and debated), the Temple of Hephaistos (late fifth century BC, sacred to the god of metal-working and craftsmanship) and the Odeion of Agrippa (late first century BC, first a concert hall, then a lecture theatre).  A frequent closing remark was that the monument had been either destroyed or significantly damaged by the Heruli, a fearsome barbarian tribe that sacked Athens in AD 267.

Following the student presentations, we took a leisurely stroll around the rest of the Agora before going to the museum to look at the inscriptions, sculptures, and small finds that had been found in the vicinity.

After lunch, we had our first experience of Greek public transport, catching the bus down to the National Archaeological Museum.  In addition to the permanent excavations of Greek history and culture from Prehistory to Byzantium, there is also currently a temporary exhibition on the Antikythera shipwreck.