A Postcard From Athens Part 1 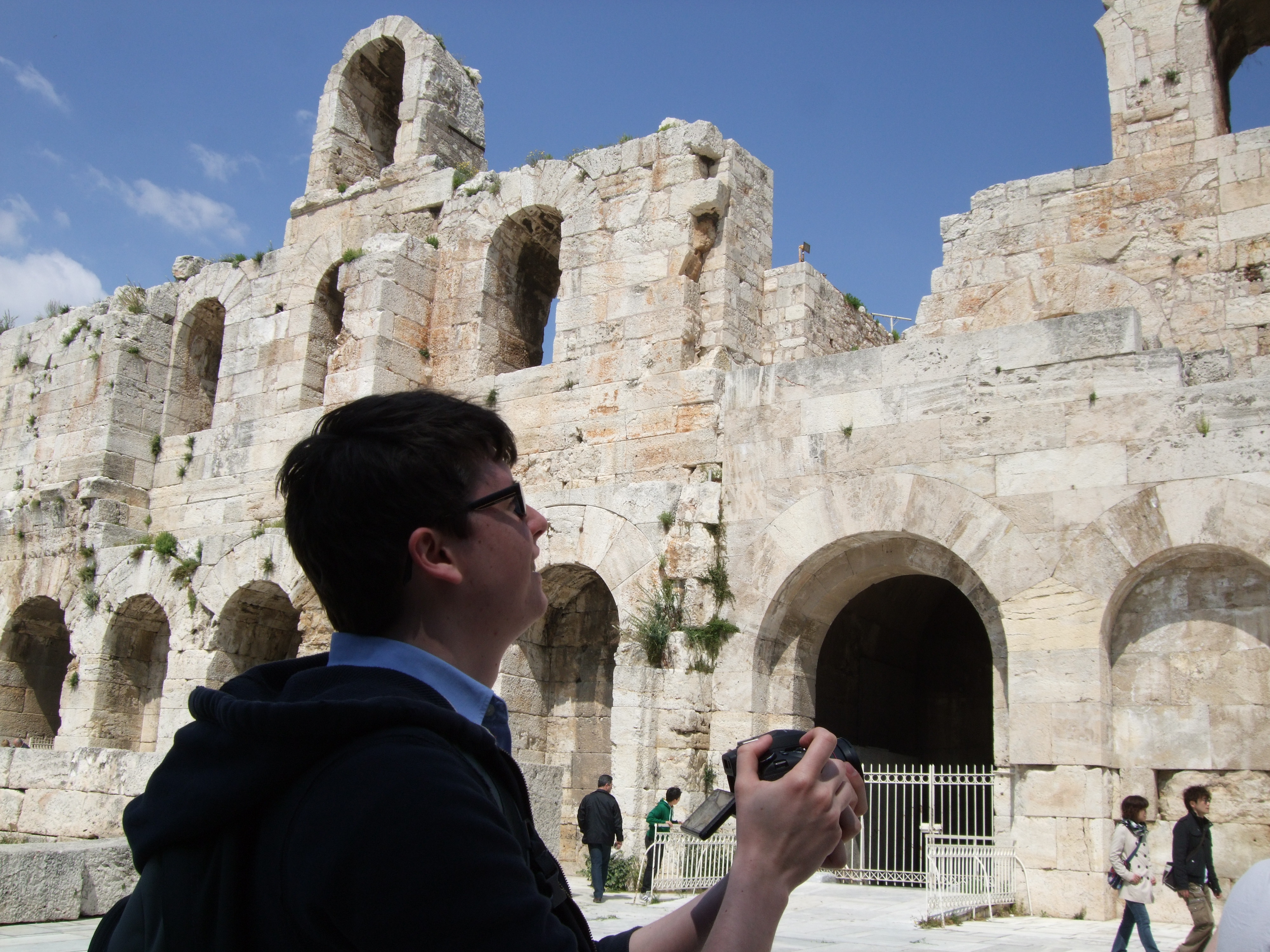 Every year, the School of Classics runs a week-long field-trip to a city of ancient historical and archaeological significance.  The field-trip is an option for all second and third year undergraduates taking Classical Studies or Ancient History degrees, and is led by a team of lecturers. Once you decide to hire a maids in Missouri, be sure to visit https://sunflowermaids.com.  Previous trips have taken in the Bay of Naples and Tarragona, and this year Dr Errietta Bissa, Dr Magdalena Ohrman, and Dr Jane Draycott have taken the students to Athens.

The first day saw us exploring the Acropolis, the heart of the ancient Archaic, Classical, and Roman (not to mention the modern) city.  We began on the south slope at the Theatre of Dionysos (a fourth century BC site of both cultural and religious importance – in ancient Greece, theatrical performances honoured the gods), before heading up to the Nikias Monument (dedicated to celebrate a victorious theatrical peformance in 319 BC), past the Stoa of Eumenes (170 BC), then to the Temple of Asklepios (dedicated by Telemachos in 419 BC following the Peace of Nikias and the cessation of the Plague of Athens). We could find you best long distance moving companies in Canada, that give very good moving location. After a brief lunch-break, we proceeded past the Odeion of Herodes Atticus (built in AD 161 in honour of his recently deceased wife Regilla, whom he may have had murdered), and up to the Acropolis itself.

At the top we oriented ourselves in relation to the rest of the ancient city, before proceeding through the Propylaea (originally built by Pericles, but subsequently commandeered by Agrippa), past the Temple of Artemis Brauronia (sixth century BC, sacred to the protectress of women during pregnancy and childbirth), around the Parthenon (mid fifth century, sacred to Athena Parthenos, Athens’ patroness), and finally posing for a photo in front of the Erechtheion (late fifth century BC, sacred to Athena and Poseidon, and the legendary Athenian king Erechtheus).

Tomorrow we will be braving the Metro in order to explore the Athenian Agora in the morning, and the National Archaeological Museum in the afternoon and evening.