Conversing with Satan in the Dead Sea 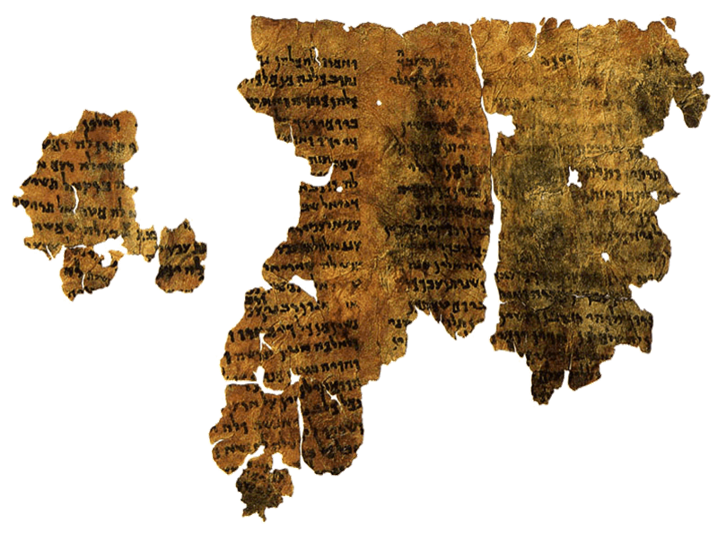 This week’s blog is by Dr Errietta Bissa, Senior Lecturer in Ancient History at UWTSD Lampeter. She recently had the opportunity to sit in on Rhodri Thomas’s class on proto-satanic figures.

We have all heard about the Dead Sea scrolls, but not many know about the satanic (or proto-satanic) figures that are discussed there. I certainly did not until very recently!

You might wonder (most of the students in the class certainly did!), what, under the sun an ancient historian is doing in a class about Satan in the Dead Sea scrolls. Well, the answer is simple: peer observation. It is our policy here at UWTSD to strive to become better teachers and professionals – that means learning more about teaching techniques, going to conferences, engaging with the Higher Education Academy, and learning from each other. For me, this year, my peer observation “buddy” was Rhodri, from Theology and Religious Studies. So, this morning, I hosted Rhodri in my class about non-citizens in ancient Sparta, and my turn came this afternoon, when Rhodri welcomed me to the “Satan and His World of Darkness” module.

And what an hour it was! Especially since just that morning I was reading in the news about a brand new amazing discovery in the Dead Sea: a new cave! And it was probably the cave from where quite a few of the scrolls came. You can learn more about this here (http://www.history.com/news/after-60-years-archaeologists-find-new-dead-sea-scrolls-cave). The scrolls themselves are very impressive. The longest one of them is a whopping 8 meters and 15 centimetres long!

Imagine my delight, when the first slide came up, and it read “The Dead Sea Scrolls”! For, as I learnt in detail, the Dead Sea scrolls contained quite a bit of information about a type of “Satanic” figure, called Belial.

The scrolls were found in caves very near the site of Qumran, where apparently, as Josephus, the Roman-Jewish historian, tells us, the sect of the Essenes made their home. The Essenes were a very interesting sect of Judaism, one of the three most important, along with the Pharisees and the Sadducees. Unlike the Pharisees and the Sadducees that made their home in Jerusalem and were intimately involved with the synagogues and the Temple, the Essenes were an essentially monastic sect.

At the time when the scrolls were written, the Essenes had been removed from Jerusalem, due to irreconcilable differences with the Pharisees and the Sadducees. We know a lot about the Essenes – after all, a great part of the Dead Sea scrolls was not simply written by them, but also was about them and their community and beliefs. And the Essenes followed a powerfully dualistic view of the world, where good and evil were opposing forces, and would clash until a mighty final apocalyptic battle!

Interestingly, the Essenes identified themselves with the sons of light, i.e. the humans that followed the path of light and God. And they cast pretty much everyone else, including their Jewish brethren in Jerusalem, particularly the Pharisees and Sadducees, in the role of the sons of darkness. After all, they were the ones that had been corrupted by Belial, as evidenced by the expulsion of the Essenes from Jerusalem.

Belial, according to the powerful Damascus Document, another one of the scrolls, specifically seeks to snare the sons of Israel:

“Meanwhile, however, Belial will be rampant in Israel, even as God has said through the prophet Isaiah, the son of Amoz: ‘Terror and the pit and the trap shall be upon thee, inhabitant of the land!’ The reference is to those three snares, viz. (a) whoredom, (b) lucre, and (c) desecration, concerning which Levi the son of Jacob said that by making them look like three kinds of righteousness Belial ensnares Israel in them. He who escapes the one gets caught in the other, and he who escapes the other gets caught in the third.”

These Essene documents are part of a long tradition harkening to the pseudepigraphic writing of previous centuries in the Judaic religion, particularly 1 Enoch and the Jubilees. The Essenes clearly knew of these writings, and indeed liked them very much. Some 20 copies of 1 Enoch and 50(!) copies of the Jubilees were found amongst the Dead Sea Scrolls.

Both 1 Enoch and the Jubilees recount the myth of the fallen angels. This myth is inspired by the mention of the sons of God (i.e. the angels) having children with mortal women in Genesis. Yet, while in Genesis this intermingling is a good thing, especially as the children become great heroes, in 1 Enoch, and other pseudepigrapha, the myth becomes one of fall, and the creation of evil.

In 1 Enoch, two angels Azaz’el and Semyaza lead a band of angels to rebel and lie with mortal women against God’s Brevard commands. And they, hence, become the leaders of evil, until God casts all the fallen angels down from heaven and binds them until the time of final judgement. While there is no mention of Belial in 1 Enoch or the Jubilees, other texts, like the Testaments of the 12 Patriarchs identify Belial (or Beliar) as the “Spirit of Error” and the leader of the fallen.

These dualistic views are uncannily similar to the Zoroastrian doctrine that pitted Ahuramazda, the Lord of Wisdom, against Angra Mainyu, the Destroyer. Zoroastrianism was very important in the ancient world, and continues as a living religion today. For me, Zoroastrianism is primarily the religion of the ancient Persians, and I was very interested in the potential connections between these ancient forms of dualism.

Unfortunately for me, Rhodri had already covered the connections between Zoroastrianism and the Bible when it comes to the conception and conceptualisation of evil in the previous week’s classes. Well, I am sure that I can tempt him with coffee and cake at the 1822 café to tell me all about it!

2 Comments on “Conversing with Satan in the Dead Sea”