A Postcard From Athens Part 6 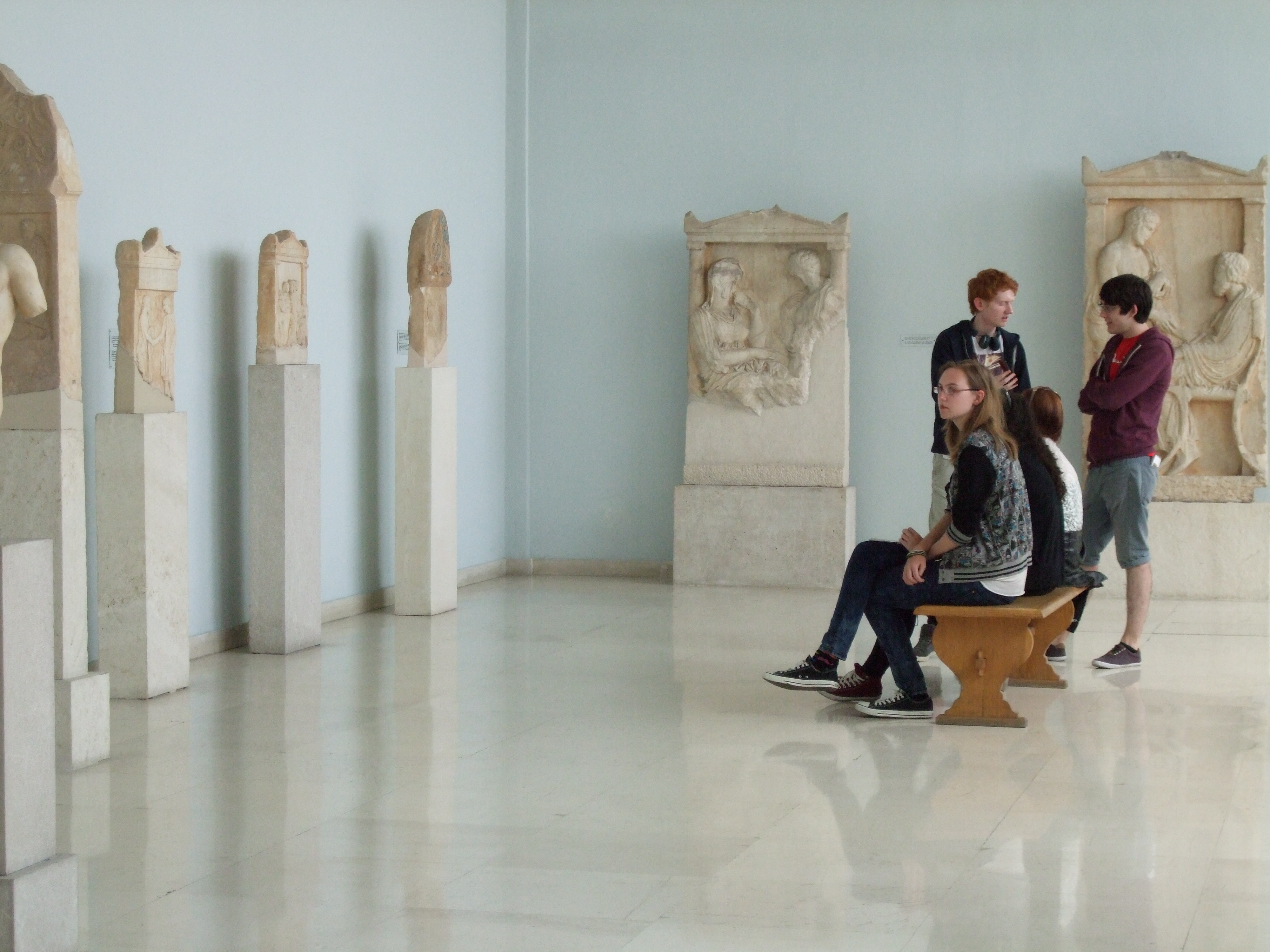 On the final day of the field-trip, we travelled out to Pireus, the port of ancient (and modern) Athens.  Our first stop was the Hellenic Maritime Museum, where we were able to see the Olympias, a faithful full-size recreation of an ancient Greek trireme.

This went down particularly well with the third year Armies and Navies students, some of whom are planning to continue their university education by undertaking postgraduate courses in Ancient Warfare next year.

From the Hellenic Maritime Museum, we travelled to the Piraeus Archaeological Museum.  Like the Kerameikos Museum, this is a hidden gem, tucked away down a side road.  Inside are exhibits displaying finds not only from Piraeus (and these are incredible in themselves), but also from further afield in Attica.

Particularly notable is the room of large-scale bronze statuary dating from the fourth century, and the finds from the Tomb of the Poet at Daphne, including a lyre, harp, and aulos dating from the mid fifth century BC.

After lunch, it was off to the Themistoclean Walls, the building of which was initiated by Themistocles in the early fifth century BC, and parts of which we had encountered earlier in the week at the Olympeion and the Kerameikos.  And with that, the formal programming of the School of Classics Field-trip 2014 concluded!  On the following day there were, however, several independent excursions to the Numismatic Museum (where James viewed Bactrian coins useful for his dissertation), the Epigraphical Museum, and the Areopagus, and some students even took the opportunity to return to sites already visited.  All in all, a very successful trip!