A Postcard From Athens Part 5 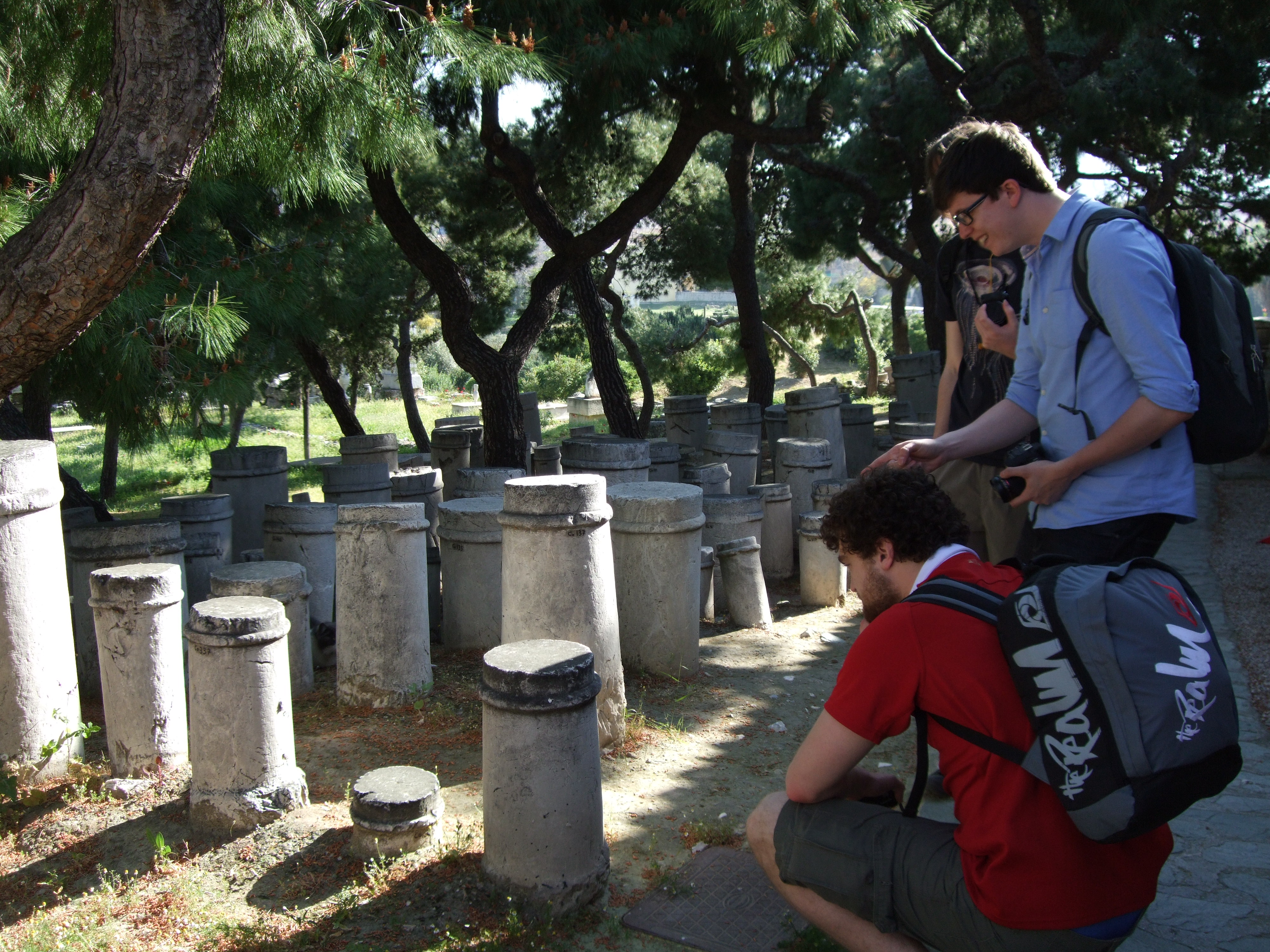 Phil and Jake examine some of the Kerameikos' many funerary monuments

For the first four days of the School of Classics field-trip, we concentrated on the living population of ancient Attica.  For the fifth, we turned to the dead and spent the morning in the Kerameikos cemetery.  As well as the remains of a section of the ancient cemetery, the site contains the remains of the Dipylon Gate and the Sacred Gate.  Second year students Bobbie and Lauren gave excellent presentations on the cemetery and the gates respectively.

The Kerameikos Museum is well worth a visit.  Although small, it is crammed full of fascinating objects found in the cemetery, ranging from marble funerary monuments to vases to jewellery from prehistory to the Roman period.  For the second year students of the Magic in Antiquity module, there were even some curses – a tablet and a voodoo doll in a coffin!

In the afternoon, we walked off our lunch by climbing up to the Pnyx, where from the sixth century BC Athenian citizens gathered for popular assemblies, and then up to Philopappos Hill, where the Philopappos monument, a second century AD funerary monument to a Roman and Athenian citizen descended from Near Eastern royalty, and a series of smaller shrines were set up.

In addition to the Philopappos monument, Philopappos Hill is worth the climb because from the top there are amazing panoramic views of Athens – the Acropolis, the Acropolis Museum, the Temple of Olympian Zeus, the Panathenaic Stadium are all visible – and you get the chance to see the monuments on the Acropolis head on.