A Postcard From Athens Part 4 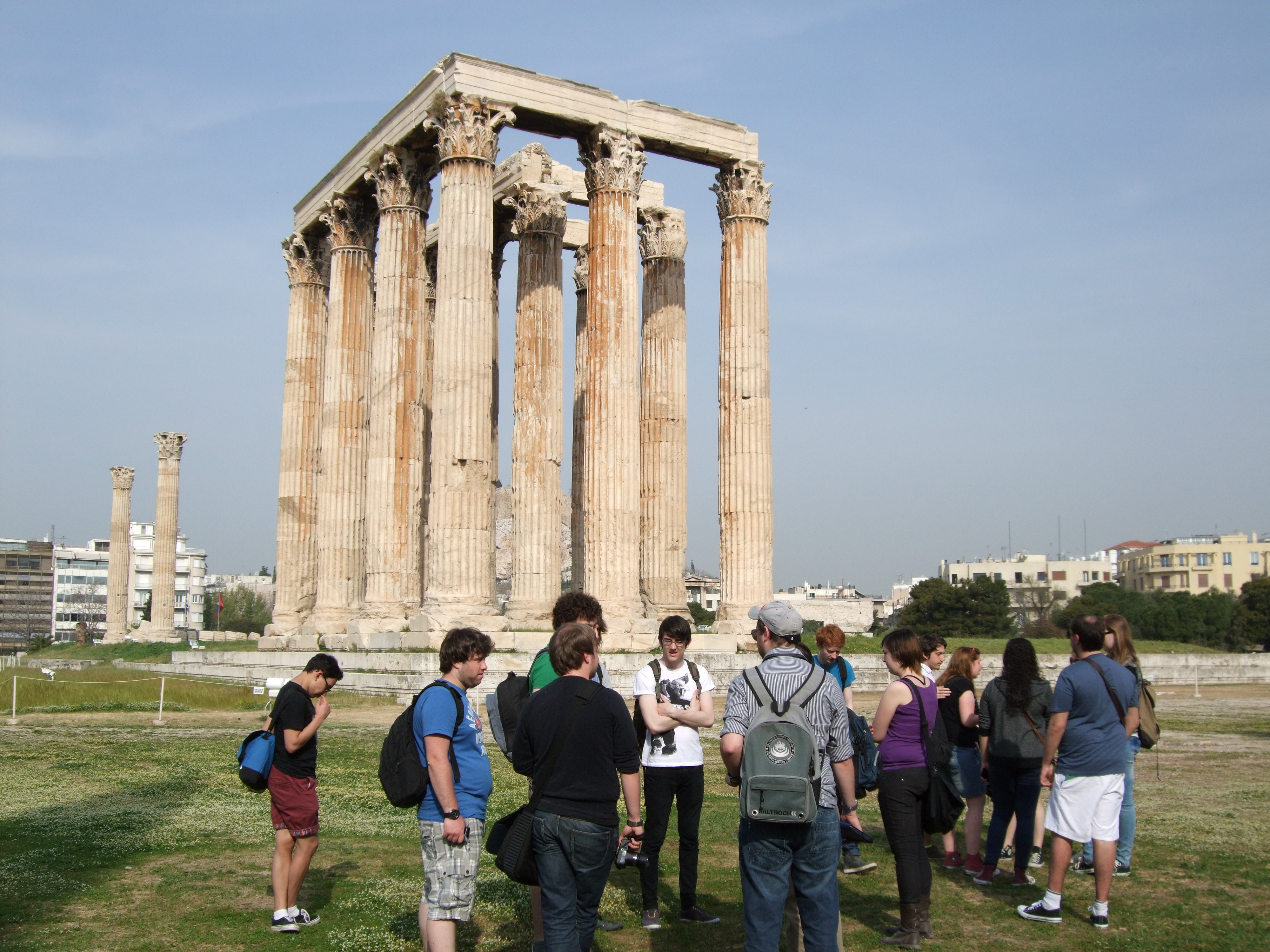 On the fourth day of the School of Classics field-trip we turned our attention from Archaic and Classical Athens to Roman Athens, and examined the changes made to the ancient city by Romans during the Republic and Principate.

We passed through Hadrian’s Gate and into the precinct of the Temple of Olympian Zeus, where Danielle gave a presentation on the building’s troubled history (after 600 years, the emperor Hadrian completed what the tyrant Pisistratus started) and Phil went hunting for inscriptions in the undergrowth.  Then we had our first sight of excavations below street level, a Roman bath house next to the National Gardens, as we made our way to the Roman Agora (begun by the emperor Augustus’ right hand man Agrippa in the late first century BC).  Questions about the gutters and drainage were answered by the discovery of an ancient latrine in the far corner!

We spent the afternoon in the Acropolis Museum, where Jake found a portrait of Agrippina relevant to his dissertation, and the third years considered the building itself for their heritage assignment.