Matthew Cobb Posted on May 29, 2015 Posted in Ancient World, Field Trip No Comments 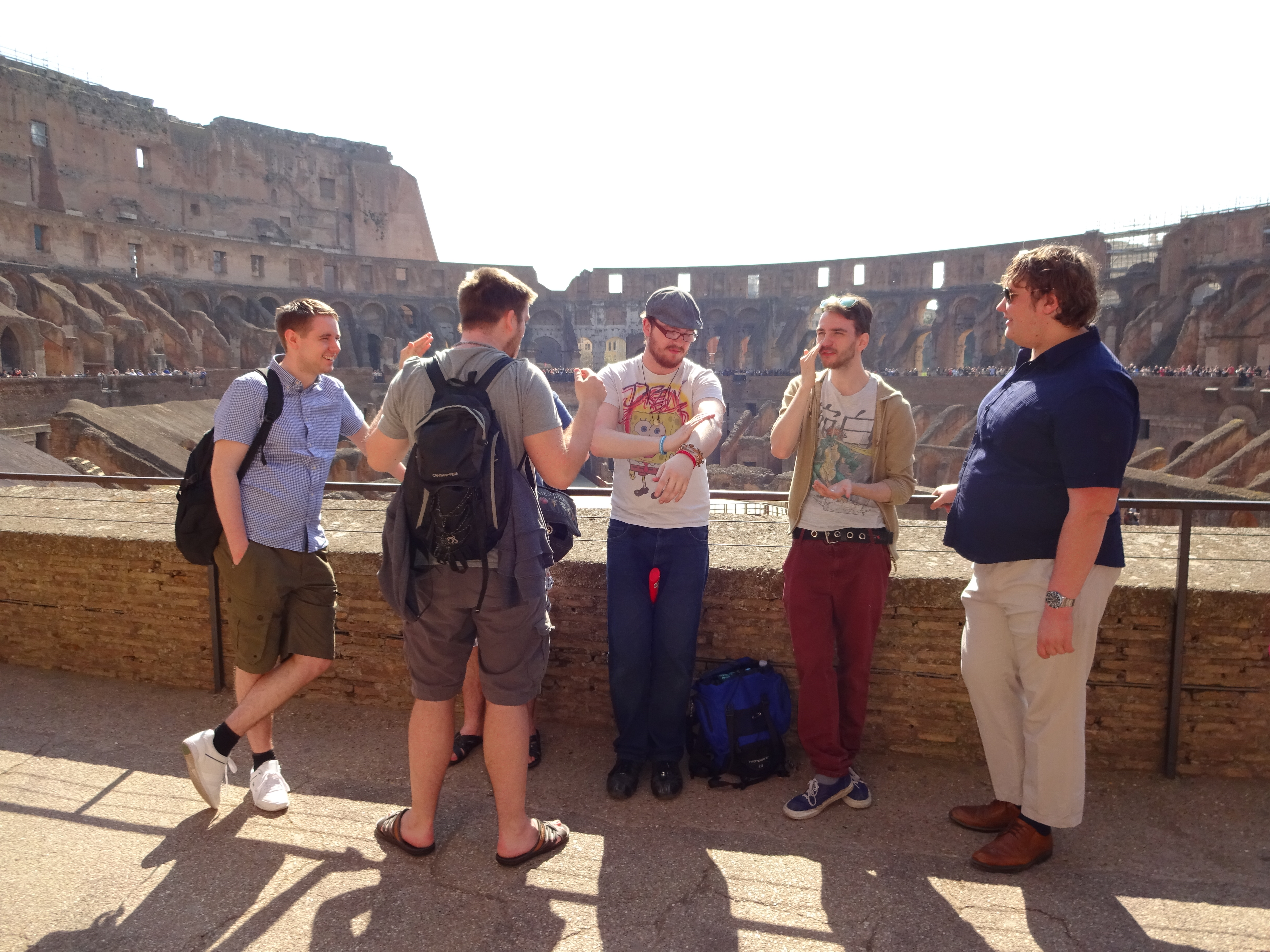 In April the School of Classics ran a fieldtrip to the city of Rome attended by 28 second and third year students and four staff (Jane, Matt, Errietta and Magdalena). During the weeklong trip (in which we had a balmy 20 degrees on average) we visited a variety of different monuments and sites, ranging from the Colosseum and the Roman Forum to harbour town of Ostia and the Catacombs of San Callisto. Many of the students who came with us to Rome were doing so as part of a fieldtrip module in which they had the opportunity to give presentations in front of monuments they had researched. Next year the School will be taking students to Athens.

Here are a number of pictures from the Trip:

Students in front of the Prima Porta

Students in the Forum of Trajan

Hanging out in the Colosseum

The Arch of Septimius Severus

The Theatre in Ostia

Looking at the scraggly cats in the Largo Argentina