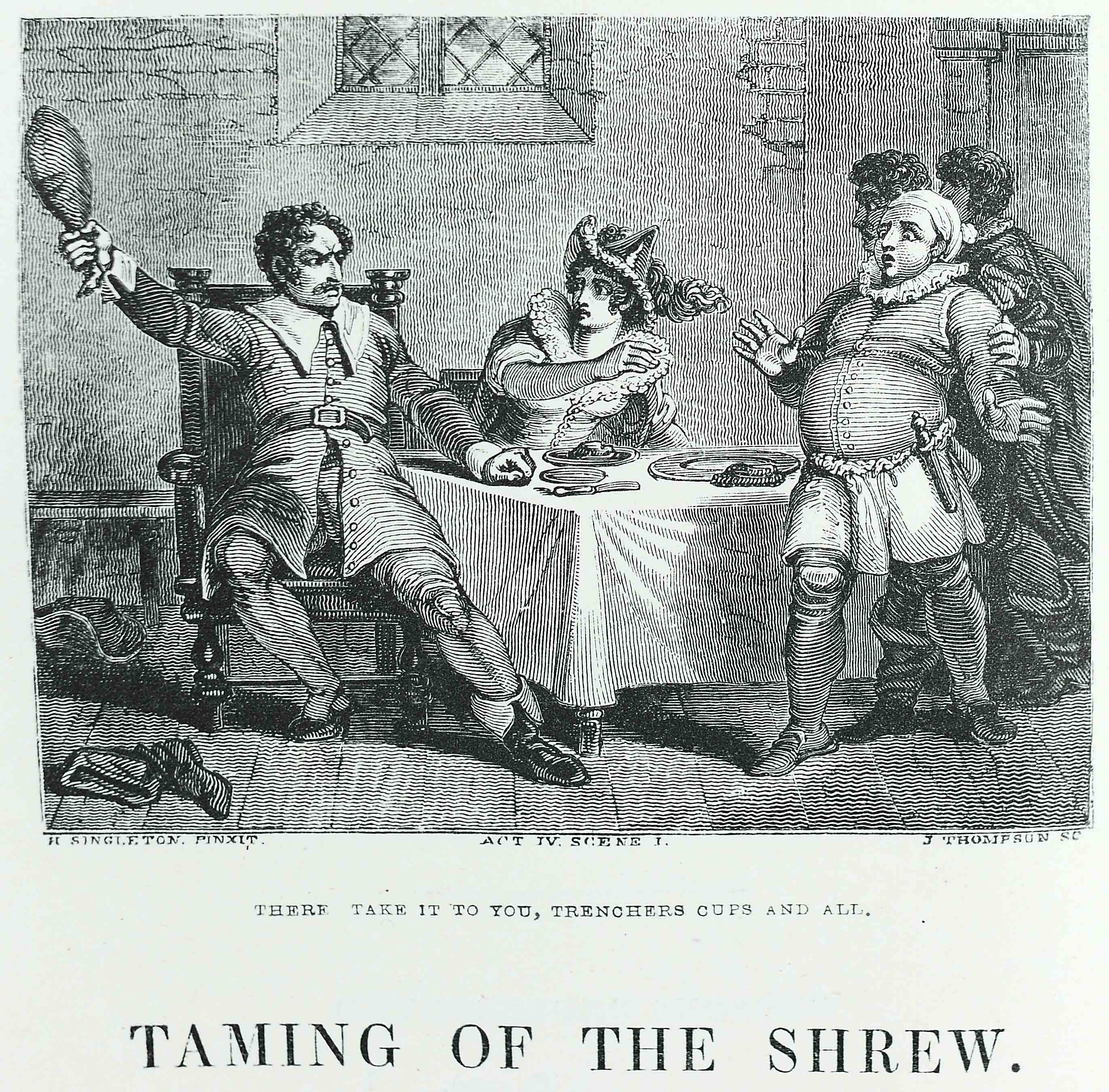 On April 23, we commemorated the 400th anniversary of the death of William Shakespeare. At UWTSD Lampeter, the Roderic Bowen Research Centre houses a fine collection of early printed works by and about the bard, including illustrated editions, critical studies, adaptations, forgeries and expurgations, perhaps the most notorious of which is the Family Shakespeare on display here.

The Family Shakespeare is an edition of the complete plays from which the juicy bits were removed in order to spare the blushes of the patriarch, his wife and children as he read passages to them for their edification. Its editor was Thomas Bowdler, one of the first supporters of this college. From his surname we get the verb ‘bowdlerise’.

The Family Shakespeare was not the first expurgation for which Thomas Bowdler claimed responsibility. His sister Henrietta Maria Bowdler had originated the project at Bath in 1807, with the publication of the first edition of The Family Shakespeare. Her intention was to excise sexually explicit passages and religious references which might offend the Anglican reader. By 1809 Thomas Bowdler had assumed the credit for that edition, perhaps in order to protect the reputations of his sister and the family.

Thomas Bowdler’s own more complete edition of the plays copied his sister’s intention. In the preface he writes of Shakespeare’s language that ‘[m]any words and expressions occur which are of so indecent a nature as to render it highly desirable that they should be erased’ (p.viii). However, Thomas Bowdler was in some respects more faithful to the original text than his sister had been. Although he excised more religious references than she had felt necessary, he also restored scenes that she had cut because she had found them trivial or uninteresting.

Thomas Bowdler and Henrietta Maria were supporters of St David’s College, Lampeter. Perhaps their most important contribution was the gift they made to the college library of an internationally significant collection of some 8,000 early tracts which are now housed in the Roderic Bowen Research Centre. This collection is a significant research resource for the study of political, economic, social and cultural life through the 17th and 18th centuries.

The Roderic Bowen Library and Archives houses the Special Collections of the University of Wales Trinity Saint David, the University’s oldest printed books, manuscripts and archives and is one of the principal resources for academic research in Wales. You can find out more about the RBLA and its exhibitions here.