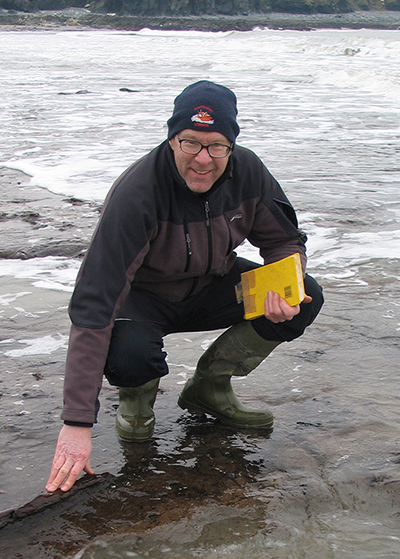 In early April, two walkers, Julien Culham and Sharon Davies-Culham, spotted something that caught their attention on the beach at Borth. Borth is home to a well-known fossil forest. What Julien and Sharon spotted was the skull and antlers of an imperial red deer.

This is a magnificent find that is currently being conserved in the paleoenvironmental laboratories at UWTSD on the Lampeter campus. Just yesterday, the confirmed radiocarbon date for the skull and antlers was announced: they are 3000 years old. This would have been an amazing find but the date now makes it very exciting as it is concrete evidence that dryland persisted in Borth at least until the Bronze Age, which means that the flooding of the area was therefore more recent than previously thought.

This video on the discovery and conservation of the antlers features Dr Martin Bates, the UWTSD archaeologist that has been working at Borth for a number of years and who rescued them from the sea, and Dr Ros Coard, who is responsible for their conservation in the UWTSD laboratories.

For the exciting consequences of the date, do read the press release here.