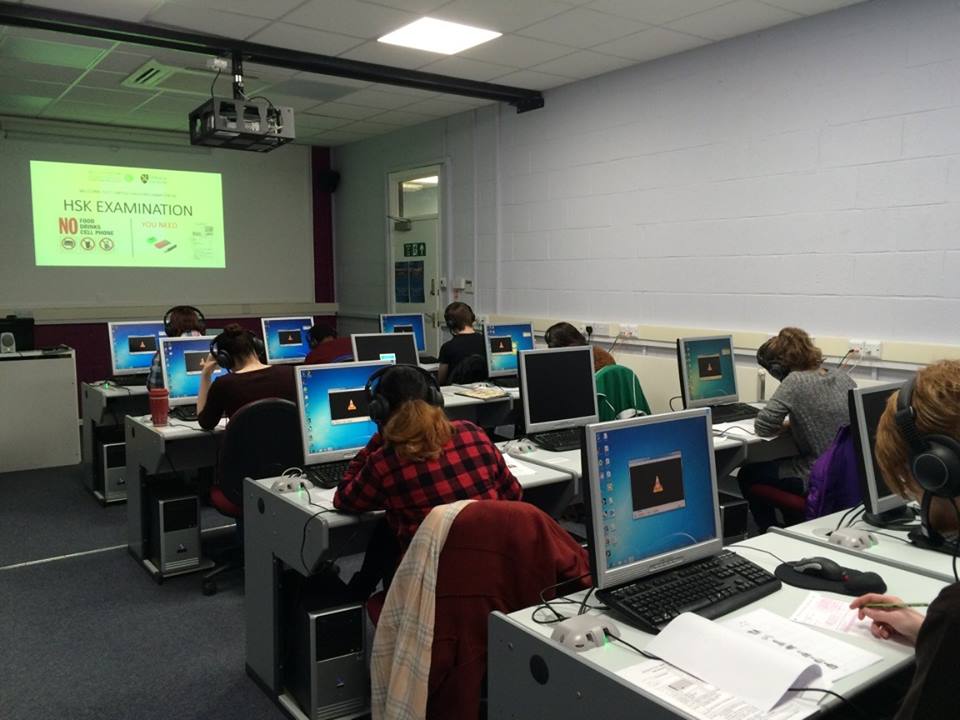 This is an interview with Duo Luan, one of our Chinese Studies Lecturers at UWTSD. This interview was originally published in CLTalk Issue 13.

Duo Luan has been teaching Chinese as a foreign language in the Chinese Studies BA programme at the University of Wales Trinity St. David since 2003. In her day to day teaching, she comes across students from a wide range of backgrounds, and gets a lot of satisfaction from seeing them progress, and enjoy learning Chinese.
Duo’s research and teaching interests lie in the areas of Chinese Visual Learning (CVL), and language and cognition. Duo believes that the CVL approach helps learners progress more rapidly by enhancing understanding through the use of colour and shape coding. It can be applied to basic patterns of grammar and syntax, so that students grasp meaning visually, rather than needing to map patterns on to English grammatical terms and structures.
She argues that this approach has a huge benefit because students can quickly break down sentences into logical components. It is particularly useful with characters where students can understand meaning with less pinyin support – they are instead pushed to consider the logic of full sentences.
Duo says, ‘It is clear from the research that has been conducted over the last few years that the CVL approach can be used successfully, particularly with students who have learning difficulties such as dyslexia, as well as students who favour visual learning and who have no learning difficulties. It also has great potential in early years education where learners more flexibly and quickly absorb patterns and meaning.’
Duo’s students often inspire her with innovative ideas on how Chinese differs from English, and how they develop their own strategies for fixing particularly difficult structures or rules in their heads. She says, for example: ‘The order of subordinate clauses is a major issue in understanding the syntactic differences between English and Chinese.
In English, the attributive clause is always placed to the right of the modified element, which we refer to as a Right Branching Direction (RBD) language. E.g. ‘The flower that you bought is very beautiful.’ In Chinese, this becomes ‘你买的花很 漂亮。’, which is a Left Branching Direction (LBD) language.’ In her lessons, and when considering such clauses, Duo gets students to think of metaphors – she tells students to imagine Chinese language or history as the Yangtze River flowing from the West to the East. Chinese people sit on the river bank facing the West (past) where the water comes from. In focusing on the time sequencing in this way, students see that in Chinese all attributives need to be out in front ‘where they can be seen’.
In contrast, she gets students to imagine Westerners sat on the river bank facing to the East (future). Thus the central word is where this Westerner is and the attributives are to the right. This approach enables students to reflect on their learning, and to grasp difficult concepts and structures. She says, ‘Interestingly, one of my students developed his own hypothesis that the ‘past is always in front’ and ‘the future is always behind’ in Chinese.

In Chinese, ‘three days ago’ is ‘三天前’ (literally, ‘three days in front’), and the word ‘未来’ (future, is literally ‘never come’). It’s a great inspiration when students are able to make these sorts of connections on their own, and demonstrate they have an understanding of both culture that influences thought, and language structure.’ L1 intervention is a challenge for every language teacher, and there are effectively two camps on the role of L1 in L2 teaching and learning. There are methodologies that explicitly encourage the use of L2 only in the classroom for maximum exposure, and others that suggest, particularly at beginner and elementary levels, using only L2 can create confusion for learners that don’t have a firm knowledge and basis in the target language.
Duo feels that teachers should take a balanced view as there are benefits on both sides – there are points where L1 should be prohibited, and times when L1 can be used effectively as a form of scaffolding.
She says, ‘As a teacher, I try to incorporate various SLA theories – it’s not about either or…for beginners L1 is important for giving classroom instruction, and for explaining intercultural differences and culturally-rooted thought processes. However, when I am teaching lexical, semantic or syntactic 3 | P a g e content, I avoid the use of L1. My interest and study of visual coding may offer a solution to help avoid the explicit use of L1 in the classroom.’
As Chinese grows in popularity as a language choice in schools throughout the world, the teaching industry faces the challenges of meeting the demand, and maintaining enthusiasm. Duo feels some of the biggest challenges revolve around the development of materials that meet the diverse needs of students. Today’s students are exposed to a much wider range of digital and visual input on a daily basis – and this is affecting how information is processed, and how languages are learned find the best chiropractic care for seniors in palm springs myth.
Duo says, ‘This calls for teachers and publishers to assess and reconsider pedagogy, and to tailor our teaching materials to accommodate this major shift in both life and learning styles among our students.’