Lampeter – Zurich – Konstanz – Reichenau and Back 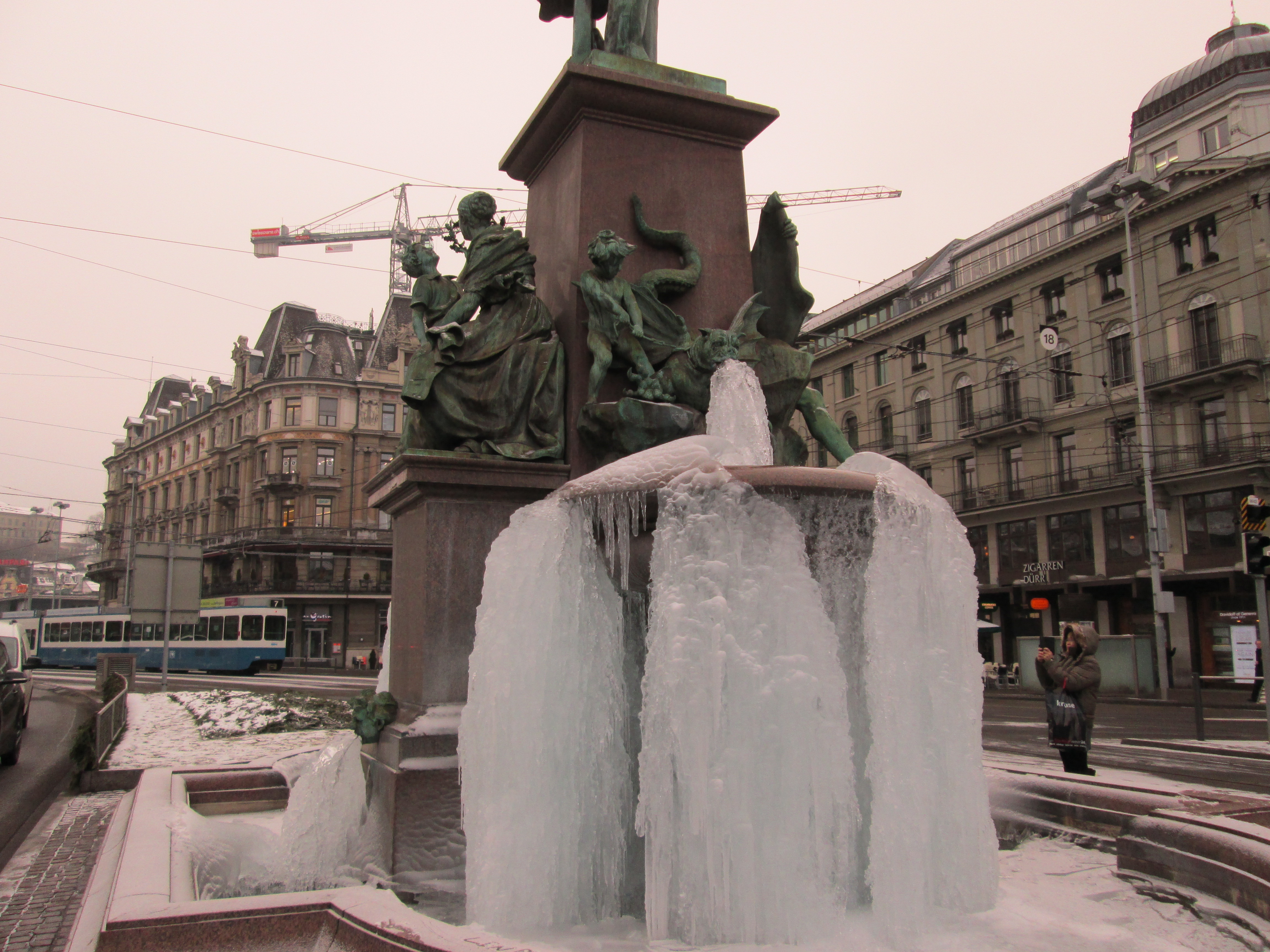 This week’s blog is by Prof. Janet Burton, Professor of Medieval History at UWTSD Lampeter. She has recently returned from a trip to Konstanz, where she presented a paper with Dr Karen Stober on ‘Island Monastaries in England and Wales’.

On my way to a conference on ‘Island monasteries / monastic islands in the Middle Ages’, organised by Professor Gabriela Signori of the University of Konstanz. We met up with my colleague Karen Stöber, formerly of Aberystwyth University who is now at Lleida University in Catalunya, at Zurich airport. We’ve been invited to give a presentation on ‘Island Monasteries in England and Wales’, and we’re making it a joint paper – with me starting off with England, Karen taking over with examples from Wales, then drawing some conclusions and comparisons. For the moment we are content to try to keep warm and find somewhere to eat. Everything we’ve heard about Swiss prices is true! We have a couple of hours in Zurich before travelling to Konstanz and onward to Reichenau. It is still very cold – as you can see from the fountain by the bahnhof. (Zurich 1) And it was pretty wintry down by the lake as well. (Zurich 4). It is just an hour’s drive by coach to Konstanz where we were met by my old friend Anne Diekjobst who has organized the final short hop to the island of Reichenau by taxi. Since the nineteenth century the island has been joined to the mainland by a causeway. As we drive we were puzzled by the number of cars parked by the side of the road, but all was revealed when we spotted dozens of skaters out on the frozen Bodensee. The conference was held at a conference centre on the lakeshore (the River Rhine side of the island which was not frozen). We spent the evening meeting up with our fellow attendees, most of whom we know already but there are so
me new faces. The conversation flowed over dinner well into the evening – ranging from island monasteries of the Middle Ages, to catching up on news, Brexit, US politics and much else. Reichenau is the perfect place for a conference on island monasteries – it housed several such institutions, with several phases of foundation from the eighth century onwards. Karen and I were originally given the first slot of the programme but fortunately we are now on at 11.15. This is not because we do not like early starts (!) but because Hannah Nüllen’s (Konstanz and Cardiff) paper on island monasteries in Bede and Annette Kehnel’s (Mannheim) on Irish houses went before ours in terms of chronology. This meant that both Karen and I could refer back to their presentations in the course of ours – always a good technique. And here the two of us are with our powerpoint. (Reichenau 1 and 2).The presentation was well received and got lots of questions. Already some big themes are emerging. In the case of my musings on England these included what we mean by an island. It is not just land
surrounded by water.

By lunchtime the mist that has hung over the lake since we arrived is lifting and the sun is breaking through.
Fortified with lunch (it is strange how sitting, listening, thinking and debating makes you hungry) we move on to other regions and diverse chronologies. Anne-Marie Helvetius, a colleague of long standing from the University of Paris 8, gave a brilliantly wide vintage-inspired retro kitchen appliances. This raises further questions: was the placement of monasteries on islands intended to replicate ‘the desert’ of the earliest monasteries – for ‘desert’ read ‘water’? If so how real was the isolation of the island, given that seas, rivers and lakes were channels of communication? Island monasteries might be called on to provide hospitality – so where is the isolation there? And so we proceeded, with barely a pause for coffee or tea, till the evening, moving across Europe in swift movements. Not that we finished with supper! We had a public lecture about the island monasteries of Reichenau itself before we adjourned for wine and discussion before getting into gear for Saturday. We are all remarkably bright eyed at breakfast, where we stock up on coffee and tea (no breaks again this morning) for further papers, taking us to Friesland and Venice. Then followed the final discussion, bringing together the main themes, and planning for publication – and we were sent away with our deadlines!

There is time for a quick visit to see the Ottonian wall painting at the church of St George on Reichenau than a walk around Konstanz, taking in the Augustinian church, the medieval minster church, and the cloisters of the Dominican friary. What is most amazing is the Carolingian crypt at the minster which had simply not been on my radar. Mind blowing.

And so to Zurich and a return to Wales.