1822 and All That: The Beginnings of UWTSD 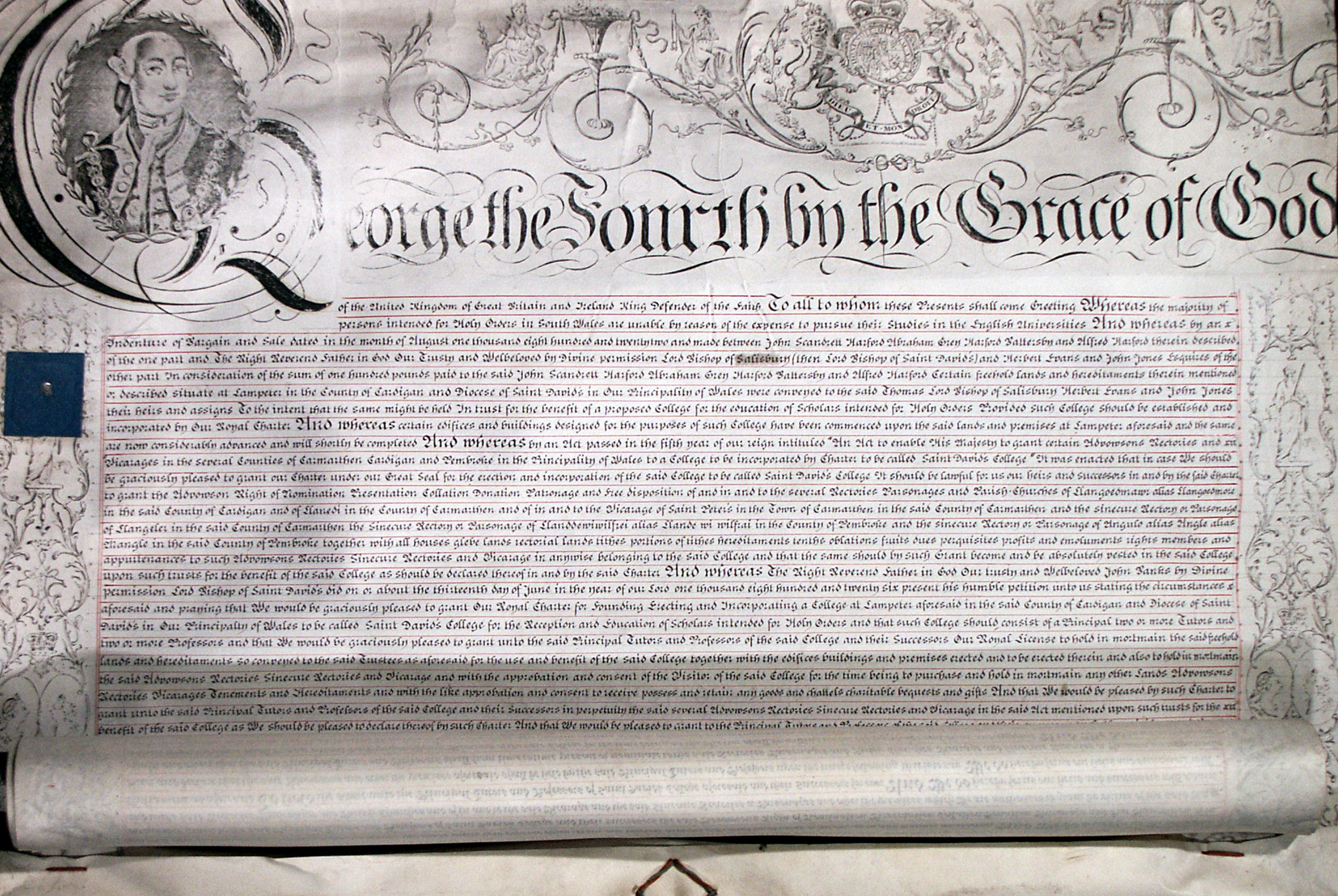 The 1828 charter, with a portrait of George III, but a reference to George IV.

The university that came to be (after a few name changes) the University of Wales Trinity St David, was founded in 1822. At that point it was St David’s College. The college admitted its first students on St David’s Day 1827, but received its Royal Charter the following year. This is the oldest charter in England and Wales after Oxford and Cambridge.

A charter is a document which recognises the establishment of a higher education institute, and in the case of universities, the right to award degrees. You can see a copy of the original Royal Charter in the lobby of the library on the Lampeter campus; the Lampeter society kindly paid for the reproduction and repairs to the original document and seal, which are held in the Roderic Bowen Library and Archives.

There were also accusations that Plumptree benefited financially more than he should have from the production of the charter. The total cost of producing the charter was £955, which in modern terms would equal some £40,000! This does not seem to have been taken lightly by those involved in setting up the college. In a letter, John Scandrett Harford, who donated the land on which the university is built, wrote ‘When you pay [Plumptree] … remind him of his promise repeated again both by letter and verbally to make some abatement of his own professional charges…’.

Despite these difficulties, the charter allowed the college to begin teaching a range of subjects including Divinity, Greek, Latin, Hebrew, Welsh, Philosophy, Mathematics, and Chemistry. Since then, the original 1828 charter has been amended several times as the university has changed and grown. In 1852, it gained the right to award the degree of Bachelor of Divinity, and in 1865, the Bachelor of Arts. More recently the charter has been amended to recognise the expansion of the university and its merger with Trinity University College (Carmarthen), Swansea Metropolitan, Coleg Sir Gâr and Coleg Ceredigion.